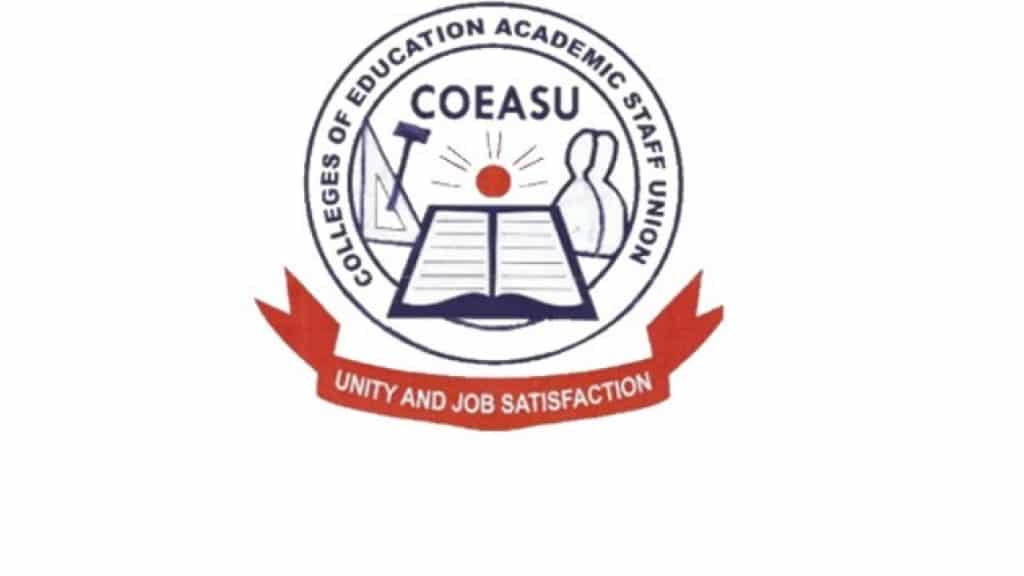 The National Executive Council (NEC), Colleges of Education Academic Staff Union (COEASU) has embarked on a one-month strike, to start on Tuesday 14th of June.

The Union took the decision after its meeting, which took place at the Federal College of Education (Technical), Asaba, Delta State, on Friday, June 10.

This came following the expiration of the 21-day ultimatum dished out to the government.

The information about the strike action was revealed to newsmen via a communique released by COEASU President, Dr. Smart Olugbeko and General Secretary, Dr. Ahmed Bazza Lawan.

The statement partly reads: “The total strike action suspended by the Union in December 2018 will be resumed immediately for four weeks in the first instance. NEC shall reconvene after the four weeks of strike action to re-assess the level of the Government’s commitment on the issues for an appropriate decision on the way forward thenceforth.

“Every Chapter Congress across the federation should convene on Tuesday, June 14, 2022, to adequately inform the Congress on the commencement of the strike action due to the festering issues and the status of inaction leading to the industrial action.

“Leadership of the Union at all levels (National, Zonal and Chapter) should embark on an emphatic media campaign towards seamless public awareness on the issues leading to the strike action.

“The strike action shall be total and all members of the academic staff in all Colleges of Education (both Federal and State) must withdraw from all statutory duties without exemption.

“All State-owned Colleges already on industrial action to press home local demands should impress on their respective Managements that the local strike shall continue in the unexpected event that their local issues remain unresolved by the end of the nationwide strike.

“Vice Presidents/Zonal Coordinators shall monitor the compliance of Chapters in their respective Zones while defaulting Chapters shall be prevented from enjoying the gains of the struggle and earn themselves other sanctions as NEC shall deem applicable based on normal Union regulations pertaining to Collective Bargaining.”