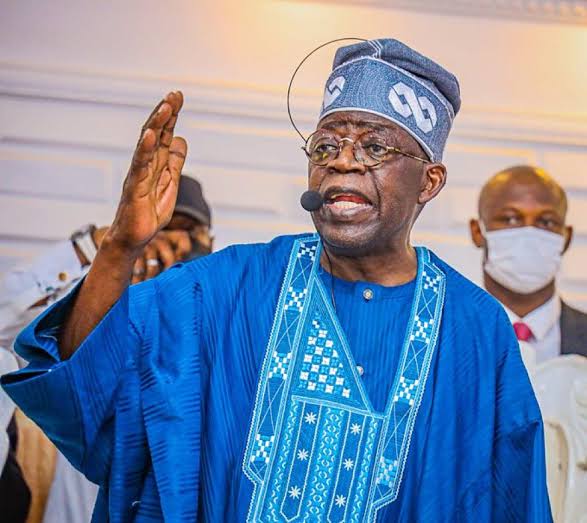 The party leaders are said to be discussing the criteria for selecting a suitable person, including experience, educational credentials and geo-political balance.

It was gathered that they are also considered the possibility of fielding a running mate who has a deep knowledge of the economy.

The consultation on the choice of an acceptable candidate continues, a source said.

Uzordimma, who was at the meeting, said the constitution is silent on the religion and tribe of the vice presidential candidate.

He told State House Correspondents the decision on the choice of running mate lies with Tinubu and not the governors.

He, however, said if the choice was left for him, he would consider religious denomination, ethnicity, followership, and geographical spread since the business of politics is to win election.

On the possibility of a Muslim/Muslim ticket, Uzodimma said the Nigerian Constitution does not dwell on religion as a factor.

He said: “There is nowhere in the constitution of the Federal Republic of Nigeria where religion is a factor or characteristic as to who becomes the president or who becomes the running mate.

“But we are looking for united Nigeria, where governance will be the issue, where a president would be adjudged by his capacity to deliver democratic dividends, develops Nigeria to look like other parts of the Western world where democracy is working.

“I don’t want us to reduce governance in Nigeria to certain things that will encourage divisiveness. Rather, we should be a united Nigeria, be our brother’s keepers, have a president of Nigeria that will be a president representing, every tribe, every religion, every denomination, and when we get there, we will cross the bridge.

“The decision also to choose a running mate does not reside with any of us — the governors. It is the presidential candidate that will look at the local characteristics and factors, political and apolitical, that will make him win his election and take the decision. So, it’s not a decision that we will sit here and take for the candidate,” he said.

Asked whether a single faith ticket was desirable, he responded: “I did not say it is not about single faith ticket. I said there are internal characteristics that the decision maker may consider in the process of taking his decision. The decision whether to choose Mr. A or Mr. B to be a running mate to a candidate is entirely that of the candidate.

“You started by saying the governors of the Southeast are complaining of not having the opportunity of being a running mate anymore. But that is not the sole ambition of the south easterners, talkless of the governors to be a running mate. And in the business of presidential primaries, there is no election for a vice presidential candidate. The business there is just to elect a candidate.

“Now the candidate will factor into consideration some ideas and issues like how to create a spread. Spread is very important to be able to attract votes. So, the decision of who becomes your running mate, if I were the candidate, what will inform it is what I will do that will enable me to get the kind of votes I’m looking for because the ultimate goal is to win the election.

“So, maybe I’ll start from the denomination, ethnicity, or followership. In this business of democracy I think number is what is very important. And there are certain things as a nation, we should not bring to the public discuss.

“Those things that are capable of creating divisiveness against national unity should not be encouraged. It does not mean that I will not remember that I come from a place but I must also be cautious and careful how to use where I come from in taking national decisions. That is very important.

“The second question which is about running mate, Southeast is not meant for running mate. What we wanted as a zone was to be the president of Nigeria and I was convinced that it was proper for us to ask for it.

Governor Uzodimma admonished that each section of the country requires the others to be able to produce the president, saying that the Southeast zone will work on what has so far prevented it reaching the goal.

He maintained: “When I appeared on Channels Television in the morning of the convention I told you that one of the conventions governing our polity in Nigeria is power shift. That power comes to the North and goes to the South. When power came to the South, in 1999, we ceded it to Southwest and all of us voted as Nigerians.

“So, we’re working with it. All we’re saying is that for equity, for fairness for justice, that there are certain sentiments to be considered when we’re taking national decisions. But, we don’t think that is enough to disorganise our country. We must move forward,” he said.