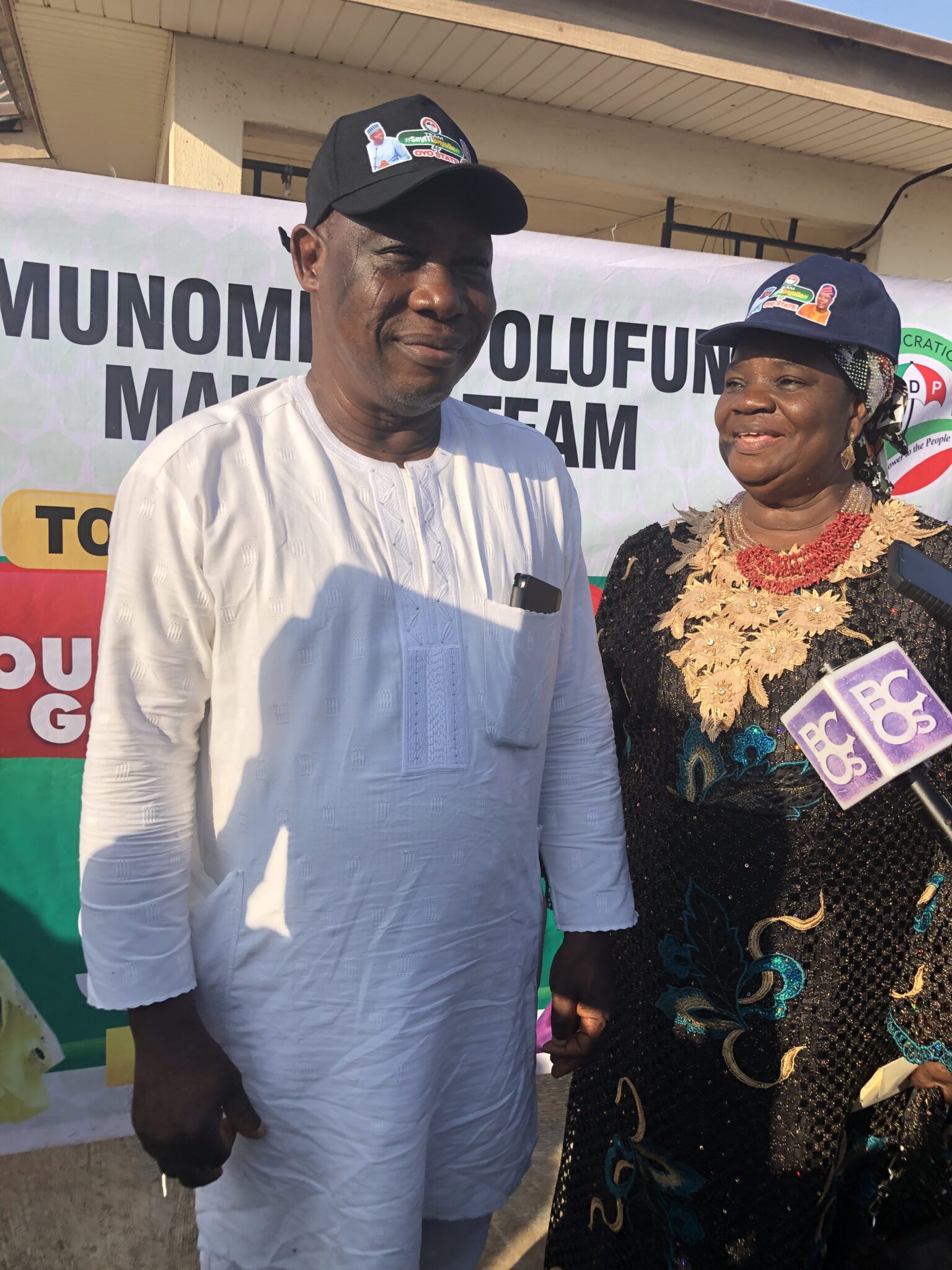 The Oyo state People’s Democratic Party (PDP), has said that the joint ticket of Engr. Seyi Makinde and Barrister Bayo Lawal as Governor and Deputy Governorship candidates of the ruling party ahead of the forthcoming 2023 general elections was one of the best decisions of the party in the entire primary election process saying it is putting a square peg in a round hole.

The ruling party explained that unwavering loyalty and absolute commitment to the growth of the party which are parts of the characteristics of Barr Lawal were also factors that worked in the deputy governorship candidate’s favor among the array of names considered for the number two Office in the state.

While commending Governor Makinde for his fatherly role in the entire process of the party selecting the deputy governorship candidate, the party maintained that the present government has successfully delivered on it four cardinal pillars upon which the Seyi Makinde government is running.

The party in a press statement by the State Publicity Secretary of PDP, Akeem Olatunji, on Wednesday June 15 urged party members to continue to display in their conducts and character loyalty, dedication, and commitment to party affairs stressing that the leadership of the party at all levels are always taking note of all actions and inactions of individual party member.

According to the statement, one of the key strength of PDP which has sustained it as the largest political party in not only Nigeria but the entire Africa is its reward system which is deeply rooted in its culture of encouraging loyalty, dedication, and commitment to service especially, the growth of the party.

While commending other nominees for the deputy governor’s slot for their resilience and loyalty to the party and Governor Seyi Makinde, the party maintained that all nominees are worthy ambassadors of the party and ably qualified but added that the slot is limited to just one which was why only one name was finally picked.

Giving a brief background into Barr Lawal’s first stint as member of the state executive council member, the ruling party stated that the legal luminary became the Attorney-General of Oyo state under the administration of former governor, late Lam Adesina where his performance in office attracted him to top politicians.

According to the ruling party in Oyo state, Barr Lawal remains a thorough bred grassroots politician who rose to prominence through the political ranks as a loyal party man to the core who will certainly deploy his wealth of political experience to the electoral success of the party in the 2023 general elections.

While berating the incumbent deputy governor, Rauf Olaniyan over what it described as blind political ambition for betraying the party that made him the number two citizen in Oyo state by defecting to another party, the ruling party said, it will wait for when Olaniyan will be bold enough to justify such action tagged as ‘betraying’ every atom of the Yoruba ‘omoluabi ethos’.

“We wish to congratulate our very own Barrister Bayo Lawal over his emergence as the deputy governorship candidate of our great party on a PDP joint ticket with the Awolowo of our era, His Excellency, Governor Seyi Makinde ahead of the 2023 general elections.

“The emergence of Barr Lawal, a former Attorney General of Oyo state, who performed exceptionally well, is indeed an act of putting a square peg in a round hole which is undoubtedly one of the best decisions of PDP in the entire process of producing our party candidates in Oyo state ahead of the 2023 general elections.

“With this, we can confidently as the ruling party declare that 2023 Governorship election in particular is already a sealed victory for PDP. This is so because the combination of Governor Makinde and Barrister Bayo Lawal on a joint ticket is no doubt the winning team no political in the state wishes to contest against.

“To say that deputy governor, Rauf Olaniyan betrayed every atom of the Yoruba ‘omoluabi’ ethos and exhibited the most ridiculous sense of political judgement by his defection to another party was to say the least.

“Needless to say that it is normal for opposition parties in the state to wish to try their luck, it is very important to remind those desperados that there is no vacancy in the Agodi Government House. The assurances of the good people of Oyo state on the Seyi/Bayo 2023 mandate will lead to a never seen before kind of electoral victory with a greatly wider margin that will embarrass opposition parties which will become the nail that will perpetually confine APC and all enemies of Oyo state to their political obscurity.” The statement partly stated.