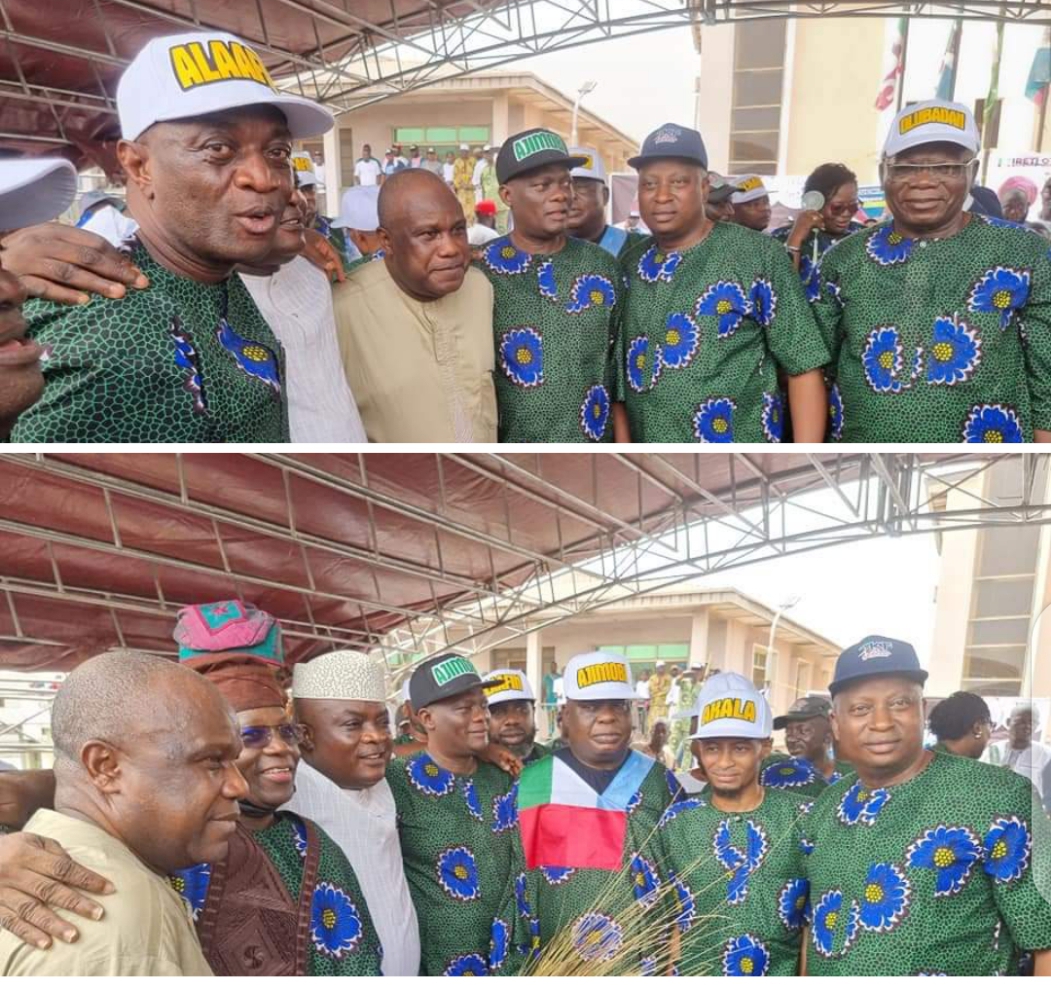 Folarin made pledged to replicate same assistance to Buhari in order to become a third term member of the senate come 2023.

Recall that Mouthpiece NGR metro had exclusively reported on Sunday that Senator Fatai Buhari has withdrawn his governorship ambition to pursue a third term ambition in Oyo North Senatorial District after several meetings with some party stakeholders.

While fielding questions from journalists at his home in Ibadan on Tuesday shortly after declaration of gubernatorial ambition, Folarin stressed that Fatai Buhari’s presence, body language and words of assurance indicated his eagerness and willingness to support him for fruition of governorship aspiration.

He maintained that, though BAF has same governorship aspiration, that has been amicably settled and that is why his presence and cheerfulness at the declaration added value to the epoch making occasion.

Ibadan high ranking Chief said, to whom much is given, much is also expected, promising to ensure he gives the needed support to make sure he wins his senatorial primaries and becomes high ranking Senator at the red chamber of National Assembly come 2023 electoral dispensation.

In another vein, Folarin said he was grateful that people people who ranged from 3 APC Senators, 10 members of the green chamber and other party’s political stalwarts, adding that humbly glad that people and most especially party’s members regardless of distance and hardship trooped out enmass to witness his declaration for gubernatorial ambition.

He however disclosed that, APC in Oyo State is now formidable as aggrieved members are sheathing their swords gradually for the progress and development of the party.

He assured that they all keep talking to one another, as the aims and objectives of all and sundry in the fold of progressive party are to win the gubernatorial election in the pacesetter state come 2023.

Folarin said that part of their efforts to woo more APC gladiators to APC keep yielding results as true manifestation of that could be seen in those who have defected to the party, saying he had enjoined the state executive members to not dismantle the rostrum as others are still coming soonest.

On area of governance, Ayingun Olubadan said, if he was given the ticket as party’s governorship flag bearer and eventually wins the election, he would ensure he runs no nonsense adminstration on security.

He slammed Governor Seyi Makinde for handling the issue of insecurity with levity hands, stressing that he is not doing well on security and other areas which are in connection with excessive spending of money on infrastructures.

Folarin maintained that, huge amount of money that is being on infrastructures is enough to contribute meaningfully to education and other strategic sectors.