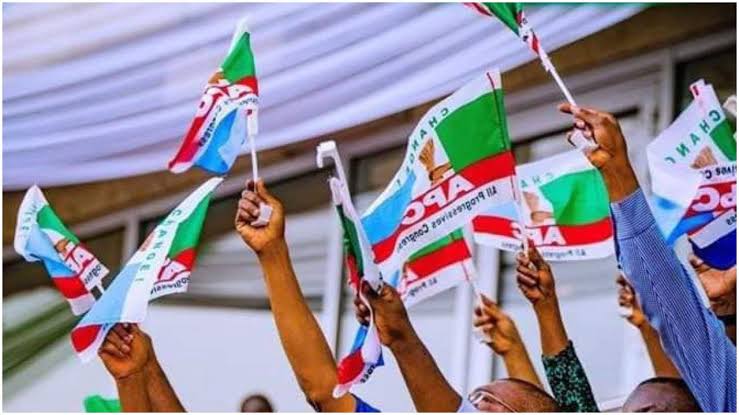 The ruling All Progressives Congress (APC) has directed its aspirants in the forthcoming 2023 general election to sign a ‘Letter of Withdrawal’ form attached to the Expression of Interest and Nomination forms.

It was gathered that the APC said the withdrawal letter must be signed before a Commissioner of Oath/Public Notary before its submission to the National Chairman of the party, Senator Abdulahi Adamu.

The party added that the controversial letter must be duly signed along with other forms and their credentials and sent to the office of the APC National Chairman at its National Secretariat in Abuja.

Recall that The Street Journal had earlier reported that there is a possibility that the ruling party may settle for a consensus candidate as its flag bearer for the forthcoming 2023 presidential election.

This follows the manner in which various individuals in the political party are declaring their interest to contest in thepresidential election.

It was gathered that President Muhammadu Buhari is planning to hold a meeting with the presidential aspirants of theAPC to urge them to discuss among themselves to pick a consensus candidate to reduce the number of individuals contesting, in which an official withdrawal form had been designed to this effect.

The letter tagged Form 18 states: “I hereby voluntarily withdraw my candidacy from the contest. My withdrawal is in thebest interest of our great party, the All Progressives Congress.”

According to The Guardian, It was learnt that some of the presidential aspirants are not happy with the party’s directive and are not ready to sign the controversial form, which they think is a plan to force a consensus option on them.

About three presidential aspirants from the South are said to have approached their legal teams for the interpretation and implication of signing the withdrawal form in the presence of a Commissioner of Oath.