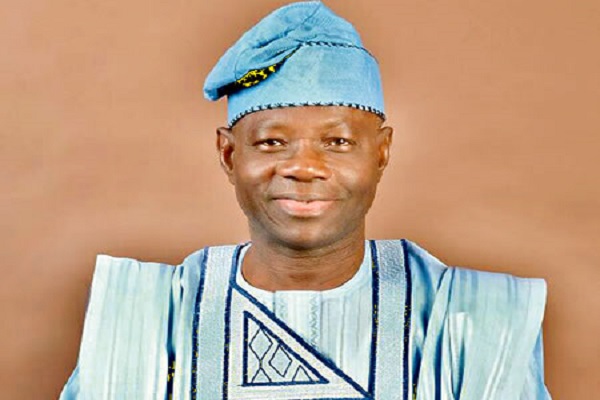 Serving Senator Kola Balogun (Oyo South), hundreds of his supporters and members of the Labour Party in Oyo State yesterday switched allegiance to the All Progressives Congress (APC), at a massive rally.

Senator Teslim Folarin also joined the race for the governorship ticket of the party.

With the defection of Balogun from the Peoples Democratic Party (PDP), Oyo APC now has all the three senators in the state.

The Nation reports that Balogun, the younger brother of the Olubadan of Ibadanland, Oba Lekan Balogun, won the senatorial seat on the platform of the PDP after defeating the late Governor Abiola Ajimobi, but recently decided to leave the PDP after he was denied the ticket by Governor Seyi Makinde ahead of the party primaries.

The latest defection is in continuation of efforts of the Isaac Omodewu-led party Excos to woo members of the PDP, among other parties, to the APC.

The Nation had reported that top PDP chieftains, including Muraina Ajibola (Ibarapa Central/Ibarapa North Federal Constituency) about two weeks ago led thousands of other leaders of the PDP to the APC.

Speaking at yesterday’s event, Balogun slammed Makinde for the worsening situation of things in the state.

He described the worsening insecurity and the rising cases of hooliganism and thuggery as one of the reasons the APC must retake the state from Makinde.

Also at the event were former Minister of Communications Adebayo Shittu and Senator Brimoh Yusuff.

Declaring his governorship ambition, Senator Folarin in his “Rescue Mission” speech said he was on a mission to sign a pact with the people of the state in a bid to restore the state to its status.

Listing his efforts as a lawmaker, he thanked the party loyalists and members who attended the rally for matching their complaints about the Makinde-led government with actions and call for change.

Folarin said: “The multitude of your presence at this declaration event can only be a pointer to your vote of no confidence in a political party and an administration that have jointly, severally and progressively taken our state backwards at the whims of the paddlers of our state’s boat.

“After the initial period of observation, the period when our people took their time to see whether this current administration held any hope for them, it was to their shock that all departments of governance in Oyo State began to kiss the canvass.

“As Nigerian national challenges persist, our ‘pacesetter’ state is further embroiled in pervasive deprivations, worsened by acute lack of vision to mitigate the effect of the crisis. Despite being blessed by providence with surplus human and capital resources, our people are made to live their lives, feed themselves and their families under severe hardship and excruciating frustrations occasioned by receding opportunities.

“With my robust administrative experience, unimpeded courage and strength of conviction, I am poised to invest in policies that will drive economic development, provide opportunities for the teeming populace, improve health care, agriculture, education and infrastructure so that our state can be an investment hub and preferred destination in Nigeria. All these will be clothed in human face by an administration that is people-driven.”

Omodewu said he was elated that the “three serving senators are now in APC.” He said 11 of the 14 federal lawmakers were also in the fold, urging the remaining three to join the APC family without delay.

Omodewu enjoined the people of the state, particularly members of the APC, to disregard any form of hearsay, noting that there was no misunderstanding in the party.