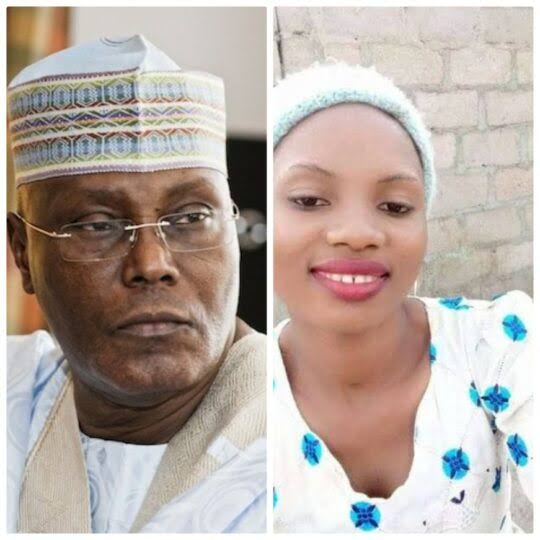 The presidential aspirant under the platform of the People’s Democratic Party (PDP), Alhaji Atiku Abubakar has explained why he ordered the deletion of Deborah’s killing tweet.

In a video released by Channels television on Saturday morning, he reiterated the need for every tweet to get his approval and this tweet failed in that regards.

In his words: “Every tweet has to get my approval and unfortunately, this particular tweet because I was travelling across the country did not have my approval.

“I am not a person who is afraid to take a stand on critical issues. You know the stand I took on Shar’iah and even though I was abused in the North that didn’t make me change my stand.

“The only thing that was wrong with this was that it was not authorised by me.- He said.