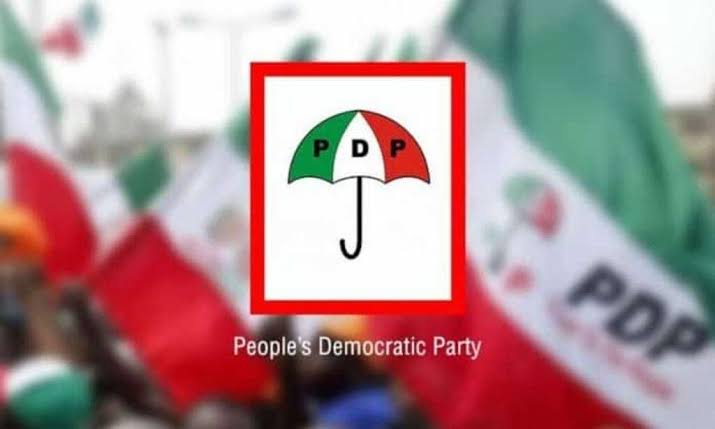 The Chairman of the Peoples Democratic Party (PDP) in Imo state Charles Ugwu has reportedly resigned from his position as state chairman.

A source close to Ugwu speaking with our correspondent revealed Mr. Ugwu resigned under duress following the incident which occurred at the Party’s Secretariat on Saturday April 30 2022.

Recall that the office of Mr. Charles Ugwu was invaded and taken over by thugs led by the former Deputy Governor Gerald Irona, who forced the Ugwu to abandon his office while accusing him of failing to carry out ‘a task’ given to him with regards to the 3-Man Ad-Hoc exercise.

It was further reported that Irona ordered that the members of the committee on National assignment who were already holding a meeting with the chairman Ugwu be manhandled, for non-compliance with his demand which was that, the officials delegated by the National leadership of the party to conduct the exercise, adopt and sign documents; an already prepared list by him of supposed delegates. Their refusal was what led to Irona threatening to kill them, with claims that he had planted explosives in the building.

The state woman leader Maria Mbakwe was also reported to have re-echoed Irona’s threats adding this time that “they will be killed like the late Ahmed Gulak who was assassinated in Imo state last year.”

On record also is the sexually assault by the thugs brought by Gerald Irona on a female member of the committee. The siege on the party Secretariat in Imo state, according to an eye witness who spoke with our correspondent yesterday, lasted about 5hrs.

Our source further stated that the Chairman did not return to the vicinity that Saturday.

The former deputy Governor Gerald Irona is further reported to have subsequently presided over several State Working Committee meetings and engagements which includes the meeting held today Tuesday May 3 2022. According to our source, Irona’s conduct is indicative of a clear sabotage of all ongoing reconciliation attempts in Imo state PDP.

As at press time, all attempts to reach Mr. Charles Ugwu to confirm the news proved abortive.