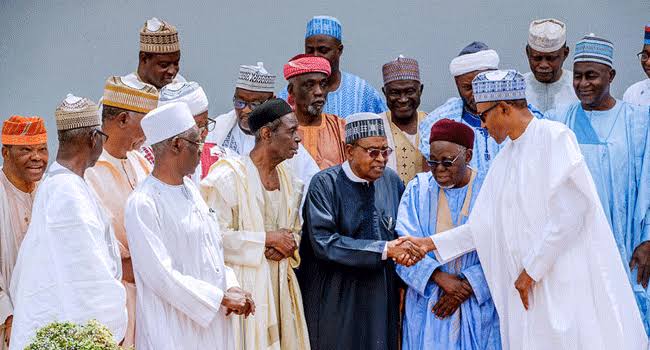 The Arewa Consultative Forum (ACF) has warned politicians and interest groups from the Southern part of Nigeria against issuing out threats and ultimatum should the region fail to concede the 2023 Presidency to their region.

ACF in a statement signed by its Secretary General,  Murtala Aliyu, made available to journalists in Kaduna on Thursday May 5, insists the North producing the next president of the country, should not unsettle the south.

“Gone are the days when Northerners felt  blackmailed and intimidated by threats of re-structuring, secession, break up or  break down of Nigeria.”

“The North does not seek to dominate any part of the country but will not submit itself to be relegated to serfdom,” it said.

The interest group stressed that those issuing ultimatums are to be pitied, knowing that they know not what they are doing.

“They own no patent nor monopoly of the art or science of ultimatums. Enough of the blackmail,” ACF warned.

ACF in the statement titled, “ENOUGH OF THE BLACKMAIL” said,  “A long running political riddle that has continued to frustrate all efforts at achieving ‘justice, equity and fair-play’ is this: anything and every thing in which the North has superiority or advantage or strength is, in the opinion of many Southerners, fake or contrived or speculative and therefore unacceptable.

“They won’t concede that the voting population in the Northwest region of the North alone is bigger than those of the Southeast & South-South combined. They will never acknowledge the fact that all the beef, all the tomatoes, the onions, the beans, etc. consumed in the South, is produced in the North.”

The group said that they concede nothing, “On the  contrary, they say the North brings nothing to the table and is entitled to nothing.

“Not to an equitable share of national revenues, not to a fair share of employment in the public services or to admissions into public schools.

“If the law says, for  example, that election outcomes must be based on one man one vote, they quickly dismiss it as an ‘imposition’ by Northerners.

“They contest every fact, every principle including those that formed the basis of our union such as our federation, our system of administration, our⁷ democracy, etc.”

ACF pointed out that, “And as we inch up towards the 2023 elections, it comes as no surprise that some Southern politicians are giving their Northern counterparts an ultimatum which roughly translates thus: elect no one from the North as President or we will break up the country!  But what are the facts?”

The statement reminded that Nigeria’s Fourth  Democratic Republic is about 22 years old, of this, Northerners ruled for only 10 years.

“But in-spite of this, some southern politicians are furious, issuing dare warnings against the election of any Northerner as president.

“It has to be stated clearly and for the avoidance of any doubt that the North is not and has never been opposed to the election of any Nigerian from any part of the country as President,” it stressed.

It warned however, that anything that will be done to achieve that  must be according to the law and  democratic principles.