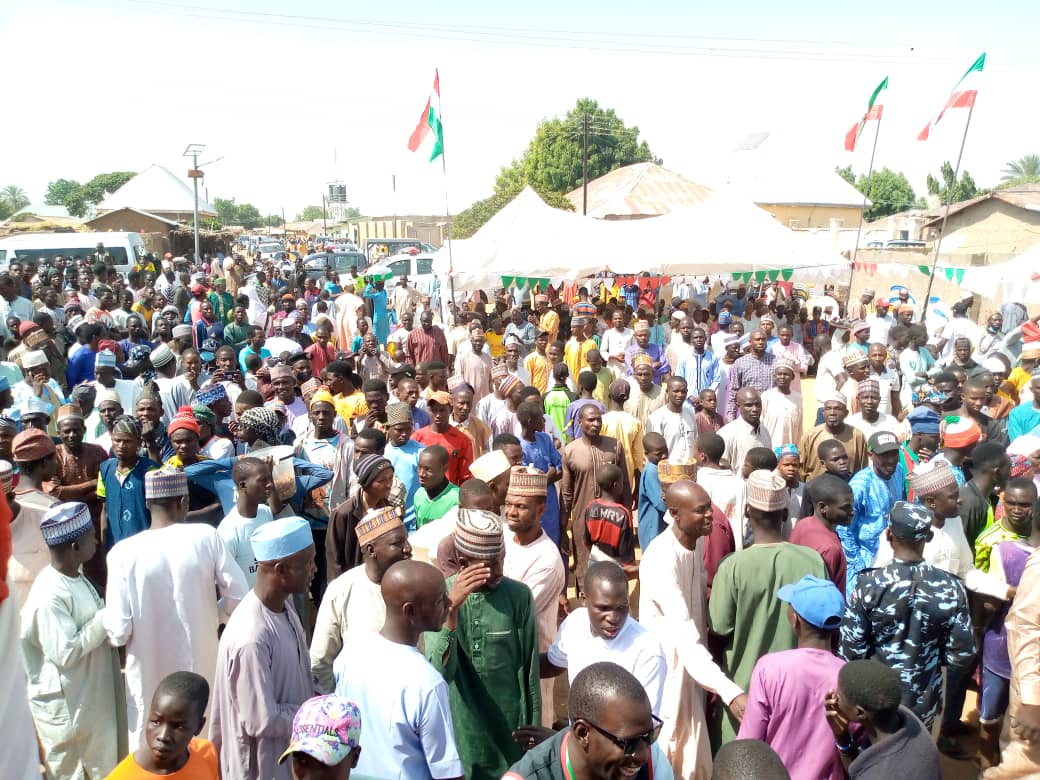 A member of the federal house of representatives representing Gombe, Kwami and Funakaye local governments constituency Honourable Yaya Bauchi has resigned his membership of the All Progressives Congress (APC) in the state.

The lawmaker in the resignation letter sent to the party in December 2021, a copy which was leaked yesterday cited the internal crisis bedeviling the party as a reason behind his resignation.

He also accused the party leadership of sidelining founding members including himself in the recent congresses lamenting that the party machineries were hijacked from them and that there was no resolution in sight.

“This decision of mine was arrived at after a careful observation of the numerous crises in the All Progressives Congress in our state without any resolution in sight.

In another development, about 11, 000 members of the APC in Funakaye local government over the weekend defected from the party to the opposition People’s Democratic Party (PDP).

A chieftain of the PDP in the state who was an ex member of the house of representatives that represented the area from 2007 to 2011 Honourable Abubakar Abubakar BD who received the decampees told our correspondent that their defection was in view of their neglect by the APC after working towards its victory in the 2019 election.

According to him, he was once an APC card carrying member but claimed that he deserted it due to lack of organization and non performance of the state Governor Inuwa Yahaya.

He further alleged that the governor had not carried politicians along who were instrumental to his victory.

When contacted, the state publicity secretary of the APC Mr Moses Kyari said the defectors left the party for their selfish interest.

He added that maybe they were not confident of winning the party tickets, hence they opted for PDP.