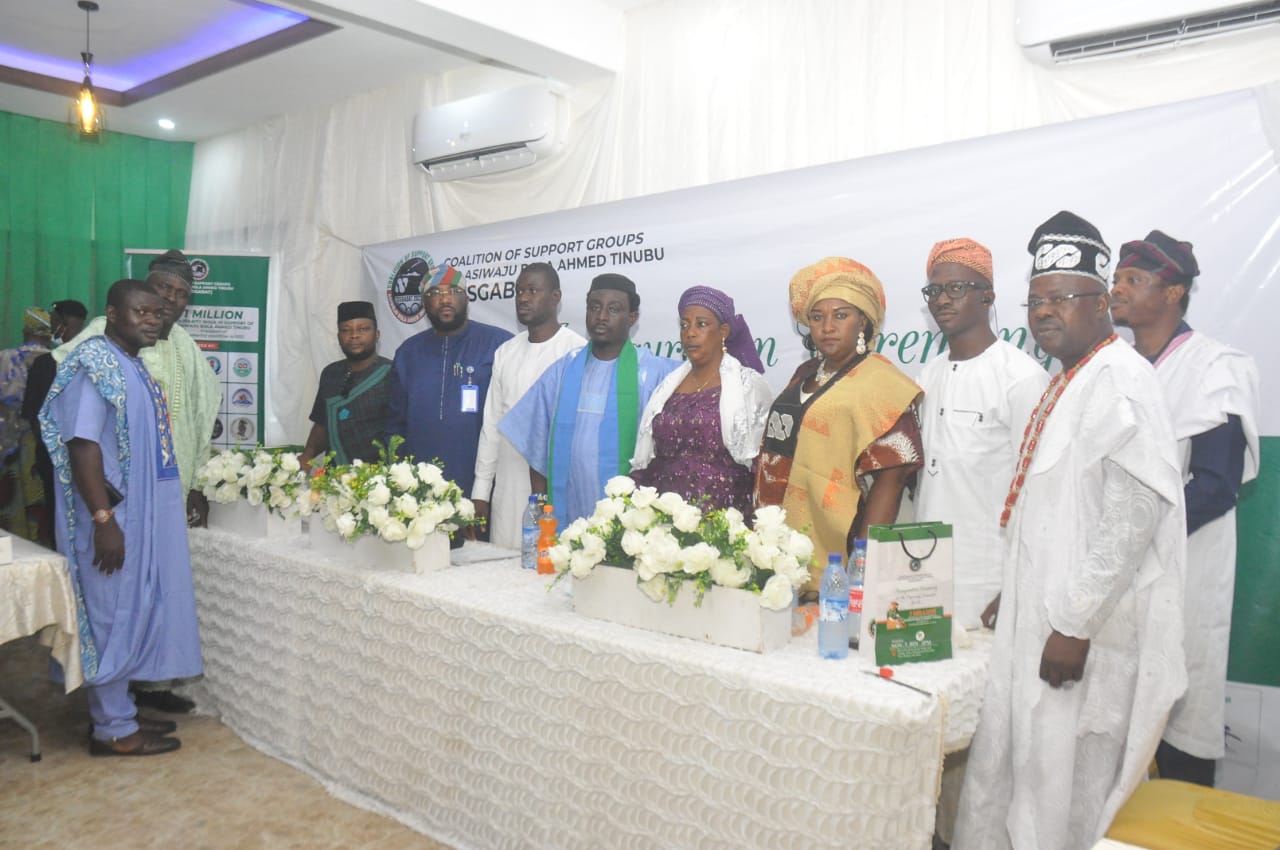 This was made known by the Director General of the Coalition, Hon. Babajide Akin-Thomas during the group’s press conference held in Ibadan, Oyo State on Tuesday, January 11 2022.

The Director General revealed that there are over 54 support groups under the Coalition who will be coming out openly to officially declare their support for Asiwaju Bola Ahmed Tinubu’s presidential ambition come 2023.

According to the information released by Babajide, the Coalition of Support Groups for  Asiwaju Bola Ahmed Tinubu will be holding a solidarity walk on the 19th of January, 2022 at the Liberty Stadium in Ibadan.

The DG added that every group represented under  the 1Million Solidarity Walk, should mobilize it’s members across their various jurisdiction within the Country.

“Furthermore, groups are expected and allowed to come and display their respective brands, such as Caps, Banners, t-shirts and any other souvenir for the Walk. This will allow every group participating for the Walk take it’s Glory whilst it serves as publicity as well for the group”

It will be recalled that Asiwaju Bola Ahmed Tinubu on the 10th of January, 2022 formally informed  President Muhammadu Buhari of his intention to contest the next presidential election in the nation.