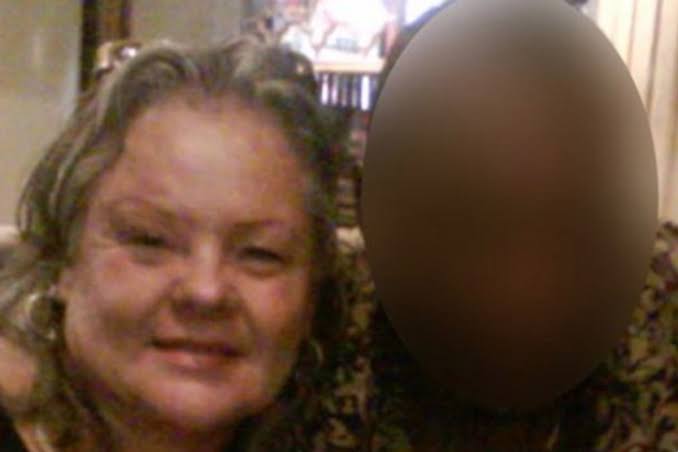 A Swedish woman, Maria Grette, who flew into Nigeria to confront a man who scammed her, has ended up falling in love with him.

Grette, an artist, had met Johnny, the Nigerian con artist, 12 years ago after setting up an online dating profile.

She was 62 at the time and divorced.

“I received messages telling me that people had contacted me, but I never looked at them,” she told the BBC.

Then one day, the divorced woman logged into the site and responded to an email from a man she refers to as “Johnny.”

“I still don’t know why,” she said. “It was like a sudden impulse happening before I could stop it.”

Johnny described himself to the woman as a 58-year-old from Holland, raised in South Carolina; currently working in England. His son was a student at Manchester University. The two exchanged emails for a while and he eventually called her from a UK number. He had an accent that she couldn’t place but she didn’t let it worry her.

After three months of communicating online, he agreed to visit her in Sweden.

“I wanted to meet him because I liked him,” she said. “He had a way and a sweetness I had never known in a man before. And he was innocent in a way that puzzled me.”

Johnny told her that he would come to see her in Sweden after making a brief stop in Nigeria for a job interview with his son. Thereafter, he had first called her from London’s Heathrow airport. Then to let her know he had landed in Nigeria and met up with his son. The next time he contacted her; he claimed to be at Lagos hospital with his son who had been shot in the head during a mugging.

Johnny said that the hospital was requesting €1,000 for his son’s treatment. However, he told Maria that he couldn’t pay the bill because his bank had no locations in Africa. He asked Grette to wire him the money so that his son can receive treatment.

“I will never forget how I rushed to the Western Union office, trembling while I did the transfer,” Grette said. “All I could think of was to get the two persons in Nigeria out of danger.”

After the initial transfer, Johnny asked her for more money due to “complications” and demanding doctors. After sending €8,000 to Johnny, she began to believe that something was up.

“I was angry. I sent some very angry emails when I realized something was wrong,” she said according to The Mirror.

Johnny called her to confess that he was a 24-year-old Nigerian scammer. He had finished university two years before but couldn’t find a job so he was forced into preying on people.

“When he revealed everything to me I was past the point of shame. I felt so sorry for him,” she said.

“He said he had never met anyone like me before; that he had been fighting his feelings for me for a long time,” she said. “He said his scamming mates had warned him about falling in love with a ‘client’; that he had ignored them because he trusted me and did not want to lose contact with me.”

“I wanted to meet him,” she said. “I could not live with this relationship unless it was adjusted to reality in all senses.”

In October 2009, Grette traveled to Nigeria to meet Johnny.

“When I saw him at the airport in Abuja, tears fell over his face… I knew I had known him all my life,” she said.

During their time in Nigeria, the two developed a strong friendship. After meeting some of his friends that were scammers; she began to wonder how she could help get these men out of such dubious employment.

Two years later, Grette began helping African artists visit Europe for exhibitions and workshops. She has also traveled to Uganda to give talks on art. She credits it all to meeting a very unique Nigerian scammer.

“Johnny has given me more than he took,” she said, “Without him, I would not have met Africa.”

Johnny has stopped working on scams and with the help of Grette, moved to America to get his education.

“He is very dear to me,” she said. “He has asked me so many times to forgive him and I told him that the most important thing is to forgive himself.”