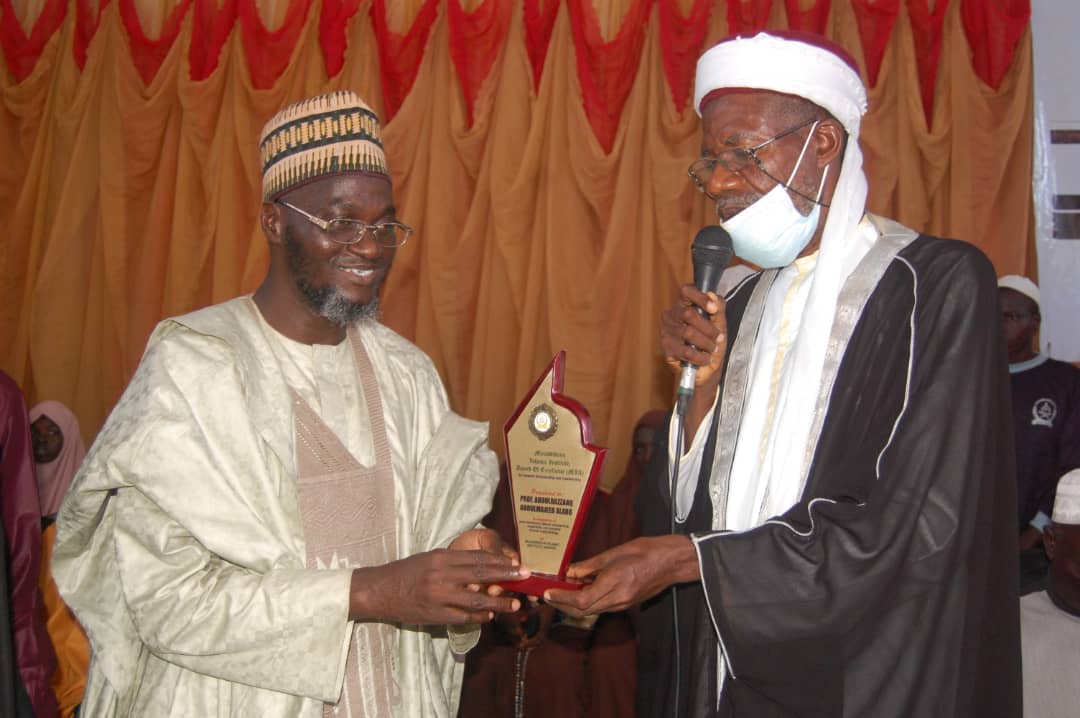 It was a day of recognition at the first graduation ceremong of Mujaddiduun Islamic Institute for Qur’an memorization and Islamic Studies, held on Saturday, 18th September, 2021, at Inisa Town Hall, Inisa Osun State.

The highlight of the event was the Mujaddiduun Institute Award(MIA) presentation to distinguished individuals, who have made meaningful contributions in the areas of Islamic scholarship, Da’wah methodology and activism, Arabo-Islamic creative industry, enterprise creation and community development.

According to the organizer of the event, Prof. Alaro, who doubles as the Head, Department of Islamic Law, University of Ilorin, became the recipient of MIA Award of Excellence for Islamic scholarship in recognition of his exemplary Islamic scholarship, leadership and peaceful Da’wah methodology.

Dr. Nafiu Ahmad Al-Jawhari, a lecturer at the Department of Islamic Studies, Al Hikmah university, was the recipient of MIA Award of Excellence for Islamic Cultural Development in recognition of his Da’wah revival activism and promotion of Islamic sciences, culture and peace.

On his part, Barr. Idris Alao, the Chief Operating Officer of Al Idrisi Hub for Studies and Translations, was the recipient of MIA Award of Excellence for Muslim Youths Development, in recognition of his disruptive but remarkable innovations in Arabo-Islamic Creative Industry, promotion of Arabic-Islamic education and support for young Muslim start-ups.

The Mujaddiduun Islamic Institute is an initiative of Ustadh Habeeb Kehinde Shittu.