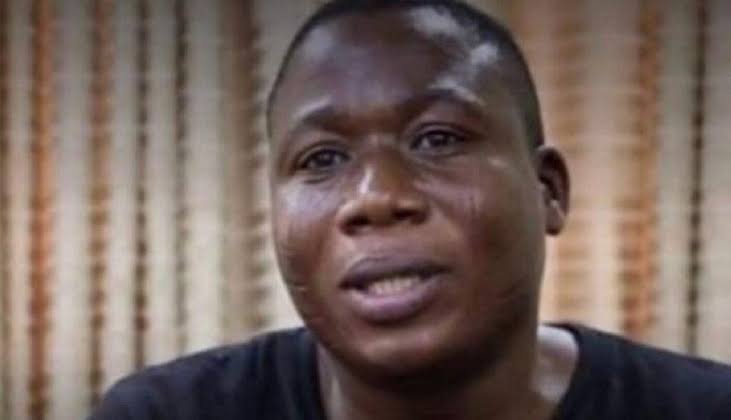 Yoruba Nation activist, Sunday Adeyemo, popularly known as Sunday Igboho, has said he has accepted his detention at a prison facility in the Republic of Benin as his “journey in life between me and God.”

On July 20, Igboho and Ropo, his wife, were arrested at the Cadjèhoun Airport in Cotonou by Benin Republic’s security forces while he was trying to flee to Germany.

Nigerian government had declared Igboho wanted  free raiding his residence in the Soka area of Ibadan, the state capital.

A week later, a Benin court blocked the immediate extradition of the self-determination activist to Nigeria while ruling that Igboho be remanded in prison pending further judgement.

According to SaharaReporters, the Yoruba activist in a leaked audio said he wasn’t afraid of being extradited to Nigeria.

He said in Yoruba, “My journey in life is between me and my God, I have accepted my fate where I’m currently. I’m not afraid of anything again, except my God. Even if taken before the Judge, I’ll tell him I’m not afraid of him except God. He can do anything to me.

“Even if it’s Nigeria they want to take me to, I’m not afraid. At least Nnamdi Kanu is there, we are both fighting for the same cause. If they want to take me back to Nigeria, then no problem. I have been winning my cases in Nigeria, even (Attorney General of the Federation, Abubakar) Malami was forced to appeal some of them. It got to a stage he claimed he wasn’t aware of DSS (Department of State Services) attack on my house. He claimed he didn’t send them.

“It wasn’t the power of the Beninese government that made me to be here, it was because God wanted it like that. And I’m sure God will soon release me from prison even if all lawyers say they are not ready to defend me again. I’m not afraid of anything or anybody again. If it’s Nigeria, let them take me there. My father was very powerful when he was alive, but he died. He and my mum were very poor. But look at me today, I’m rich.”