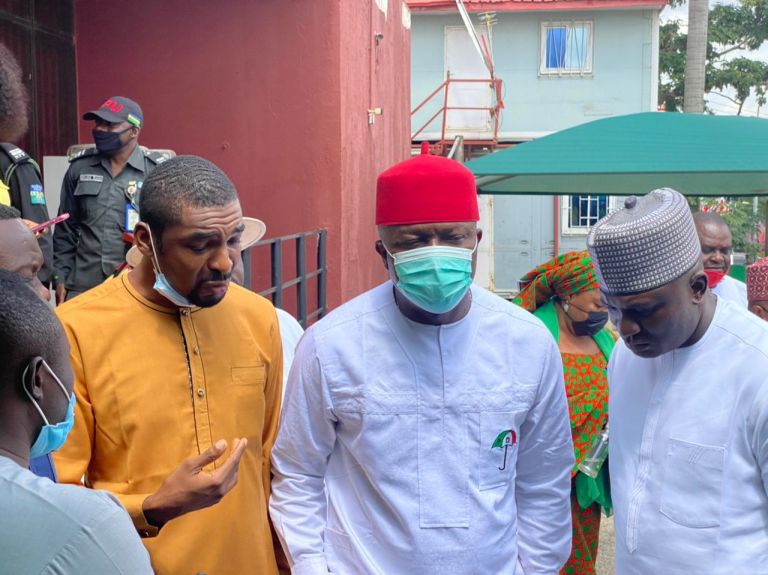 The National Headquarters of the Peoples Democratic Party (PDP), in abuja, has postponed the inauguration of its Anambra state Guber Election National Campaign Council indefinitely.

According to a reliable source at the party’s headquarters in abuja, Mr Valentine Ozigbo, the former governor of Anambra state and godfather of PDP in the state, Mr. Peter Obi and other few remaining members of the party were seen loitering at the premises of the secretariat before the announcement of the postponement.

It was gathered that the absence of the supposed Chairman of the National Campaign Council and Governor of Abia State, Dr. Okezie Ikpeazu was largely responsible for the postponement.

Governor Ikpeazu of Abia State, was supposed to come to the inauguration with other members of the Campaign council, but failed to turn up.

It was not however clear why Governor Ikpeazu failed to turn up for the inauguration, but another sources at the PDP Secretariat told our reporter, Kenneth Okon, that governor Ikpeazu maybe contemplating withdrawing from the campaign due to party’s internal wrangling.

The PDP in Anambra state has been embroiled in series of inter-party crisis due to high handedness of the former governor of the state, Mr. Peter Obi.