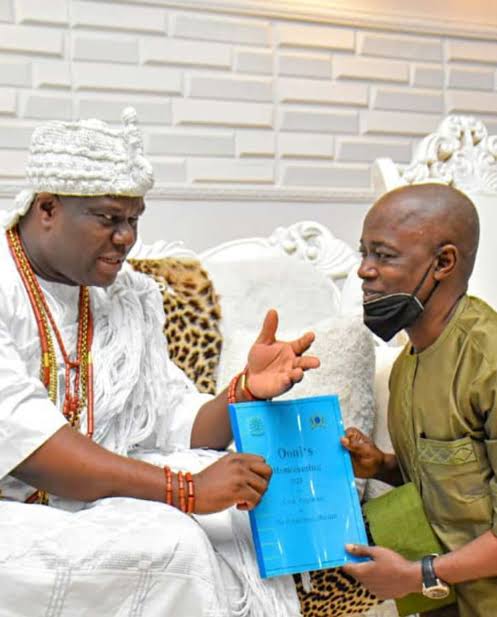 The Ooni of Ife, Oba Adeyeye Enitan Ogunwusi on Friday narrated how the tutoring he received at The Polytechnic Ibadan in his days as a student adequately prepared him for his future challenges in life.

While receiving the authorities of The Polytechnic, Ibadan (TPI) who paid him a courtesy call in his palace, the foremost royal father expressed confidence in polytechnic education, describing the education system as a major contributor to the economic and technological development of the country.

Oba Ogunwusi who accepted the Home Coming programme being designed by the authorities of the institution to celebrate him on a date to be agreed upon expressed happiness and willingness to return to the institution that taught him that hardwork is the panacea to poverty (Ise ni Oogun Ise).

Earlier, the rector of The Polytechnic, Ibadan, Professor Kazeem Adekunle Adebiyi had observed that the story of the institution will not be complete without a portion for the royal father.

He said The Polytechnic that produced the royal father and other distinguished Nigerians including governors, senators, business icons, industrialists among others also produced him as he cut his teeth at the mechanical engineering department of the institution where he bagged a National Diploma before proceeding to the university for further academic laurels.

Adebiyi said the homecoming programme planned to celebrate the monarxh will also ginger the current students of the institution to work hard and excel as the world is at their feet.

The chairman of the governing council of TPI, Professor Kunle Akinyemi who was unavoidably absent was represented by Ayaba (Barrister) Moji Adeyemi (the wife of His Imperial Majesty, the Alaafin of Oyo, Oba Lamidi Adeyemi) who is also a member.