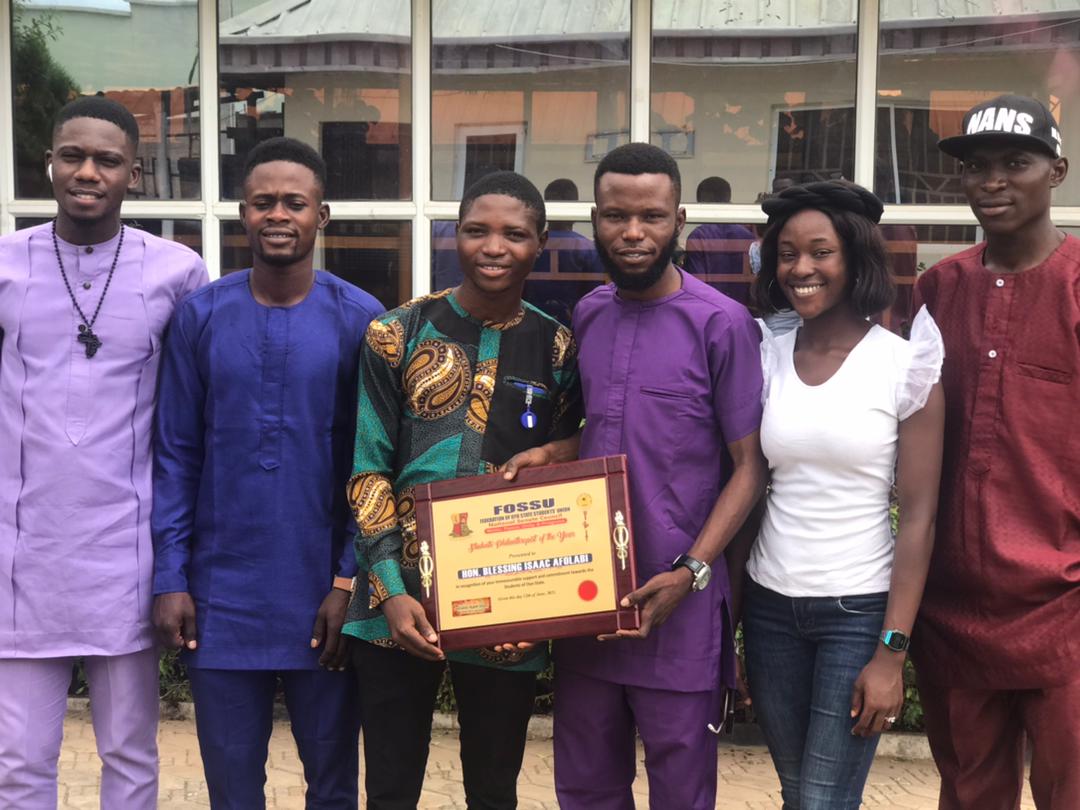 The marketing manager of Crown Football Academy has dedicated his FOOSU’s Students Philanthropist of the Year Award to the Oyo State Chief of Staff, Hon. Segun Ebenezer Ogunwuyi, stressing that his political tutelage and leadership training remains a major reason for the outstanding award.

Hon. Afolabi received the Students’ Philanthropist of the Year Award (2021) from the Federation of Oyo State Students Union at Westmaid Hotel on Sunday in Ogbomoso.

According to the Union, Afolabi has been of huge support to the students and society at large.

The team led by FOOSU national senate president, Comrade Ajadi Isaac said Hon Blessmas is a leader of repute and integrity, saying the award had been prepared since June 2021.

Hon. Afolabi expressed his special appreciation to the Union for the recognition. He also lauded Governor Seyi Makinde for recognizing youth in his administration.

“This honour is for my leader, Hon. Segun Ebenezer Ogunwuyi for his unending support, political tutelage and being a leader of repute whom I learnt from and still leaning his philanthropic gesture.”

Afolabi who received the award in company of his fiancé said the honor would spur him to continue to explore creative ways to get the best for the people.