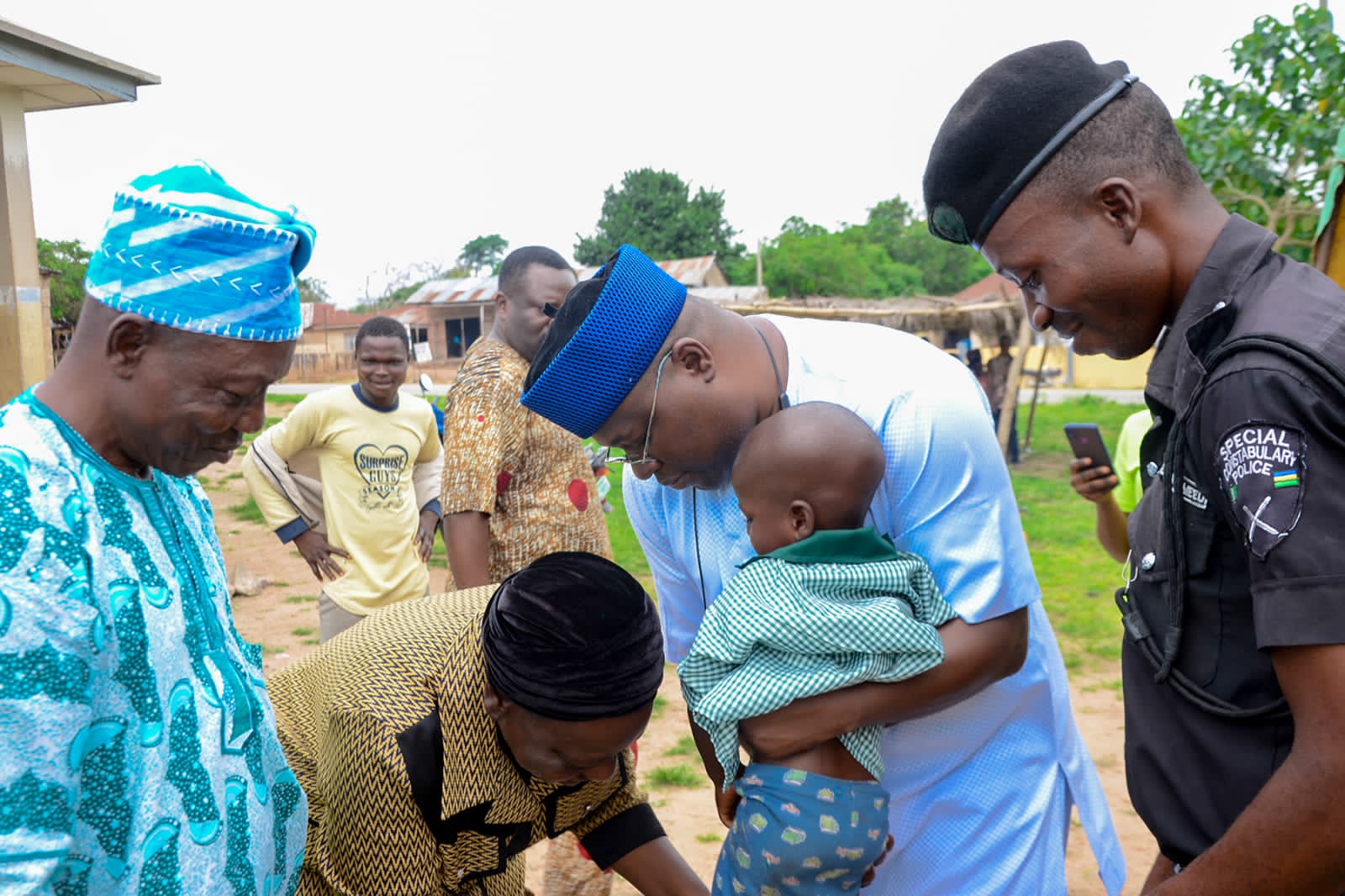 As part of efforts to improve the quality of education and give opportunities to students from all backgrounds in Ogbomoso, a charity organization— Barrister Adekunle Bankole Foundation (BABF) on Wednessday flagged off distribution of exercise books and uniforms to students in community schools.

The program which took place at L.A Secondary School, Ikoyi in Orire Local Government, featured the distribution of School Uniforms and exercise books to students.

Hon. Adekunle Bankole, a philanthropist and founder of the foundation expressed his love and passion in sowing into the life of the little ones as he believes they are the leaders of tomorrow.

According to him, education plays a critical role in the fortunes of every nation, hence we must invest in the education sector to enhance development.

In his remarks, Hon. Bankole said “he was happy seeing the excitement in the eyes of these little ones as they receive token gives him much joy,” he said. He reiterated by saying his decision to continue the Goodwill is to key into the compulsory and free education policy of the state government under Engr. Seyi Makinde administration.

Unveiling the exercise books, PDP Chairman in Ogbomoso North, Hon. George Ogunlade applauded the donor for his community development efforts and urged other well placed individuals to emulate him. Others who spoke glowingly about the philanthropic gesture are Hon. Gani laro, Hon. Seun Alata, Hon. Owonikoko, federation of Ogbomoso student union representatives among others.

Responding on behalf of the public schools in the local government area, the headmistress of Ikoyi-Ile L.A. Primary School thanked the donor for his kind heartedness towards the pupils and prayed God should reward his efforts.

Furthermore, the Foundation donated hospital equipments such as gloves and oxygen related paraphernalia etc to Ikoyi-Ile Primary Health Center. This was done to show care and to support the already available kits for the healthcare personnel.