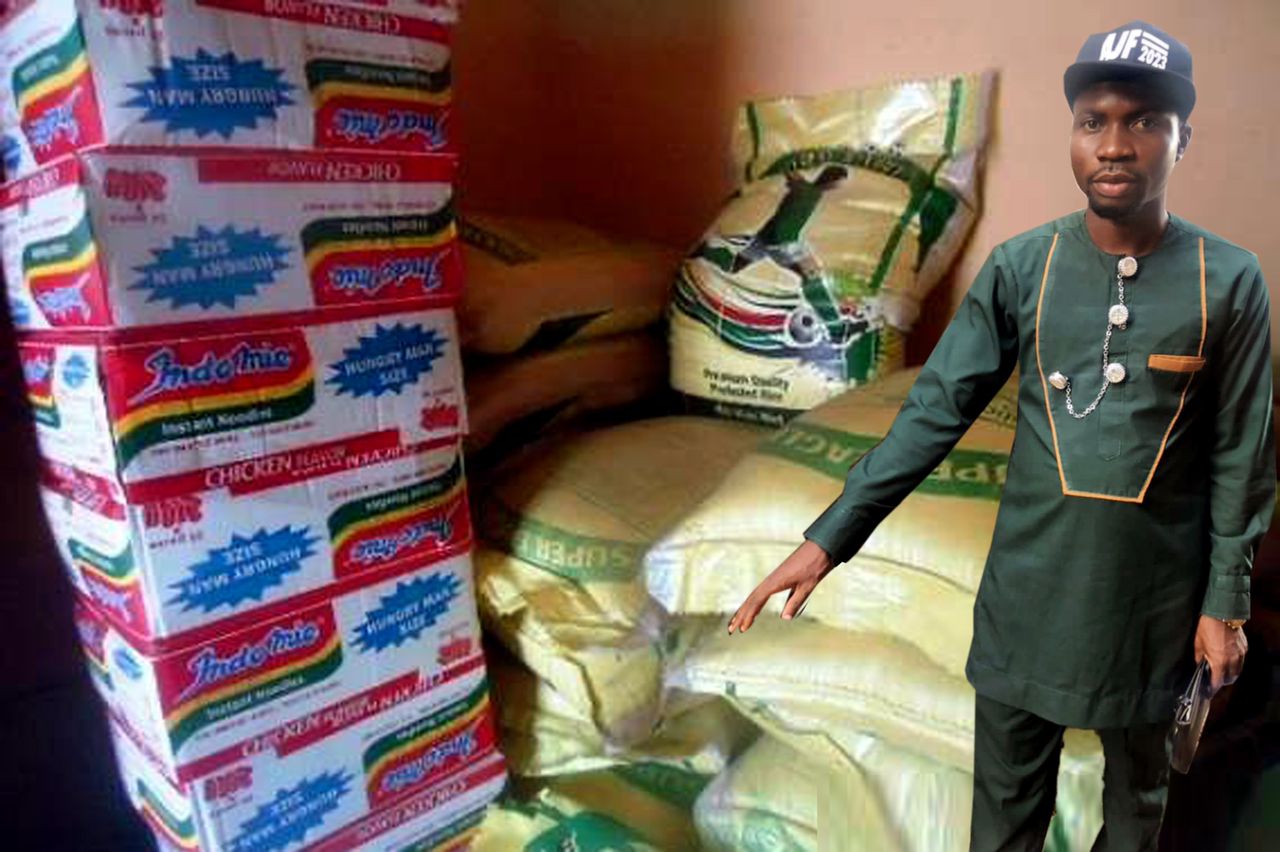 A youth and member of People’s Democratic Party in Oyo State, Hon. Olawale Jelil AJibola, has distributed foodstuff to different households and members of his party in his constituency, Mouthpiece NGR reports.

The food items which include rice, Indomie among others were shared to the poorest of the poor households and some party members.

Ajibola, a noble son of Ile Olude Ijeru1 compound in Ogbomoso South Local Government, explained that the gesture was to complement the efforts of Governor Seyi Makinde on good governance and also to see to the needs of members of his constituency at all times.

Speaking with our correspondent on Monday in Ogbomoso, Hon. Ajibola revealed that the food items was not the first philanthropic gesture as he recently supported his party with benches for ward meetings while also renovated some building blocks for commercial use.

He said the food items are for Vulnerable people in Ogbomoso South irrespective of their political party or religion, adding that he would continue to contribute his own quota to the development of his constituency.

Ajibola promised to unveil other projects in few months, assuring that he would not relent in giving necessary support to his community.

He urged residents and indigenes of his constituency to keep praying for Governor Seyi Makinde as he’s gradually taking Oyo state to the Pace Setter.