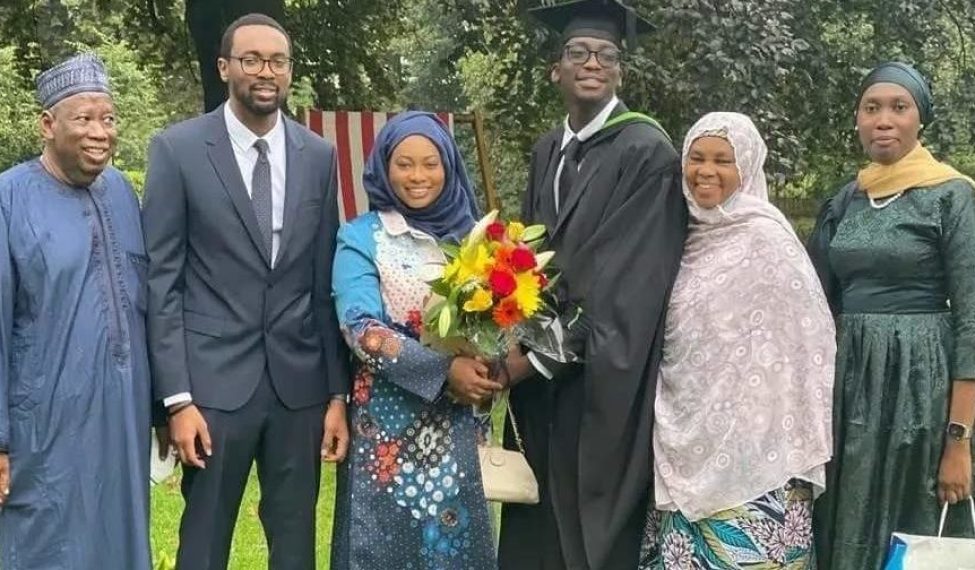 The wife of the Governor of Kano State, Hafsat Ganduje, has flown to London to attend the graduation of one of her sons.

Mrs Ganduje made the trip after ignoring an invitation by the Economic and Financial Crime Commission (EFCC) over her alleged involvement in a land fraud scandal.

She was invited by the anti-graft agency last Thursday over a petition by her eldest son, Abdulazeez, PREMIUM TIMES reported earlier.

Mr Ibrahim also posted on Facebook the photos of members of the Ganduje family attending the graduation ceremony.