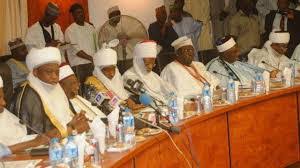 The Northern Governors Forum has stated that the idea of rotational presidency is not in line with the nation’s constitution.

The forum made this known on Monday, after a meeting in Kaduna.

In a communique signed by Simon Lalong, the governor of Plateau and chairman of the forum, the northern governors opined that the position of their colleagues in the south is “condemnable”.

“The statement is quite contradictory with the provision of the Constitution of the Federal Republic of Nigeria (1999) as amended that the elected President shall secure at least 25 percent of the votes cast in 2/3 states of the federation. In the case of run-up simple majority win the election.”

He noted that the collection of Value Added Tax, VAT, and the surrounding controversies were among the key issues discussed.

“While getting update essentially on the progress made so far from the previous meeting held in February, we shall take stock of how far we have gone in tackling banditry, kidnapping and insurgency, and chart a way forward,” he said.