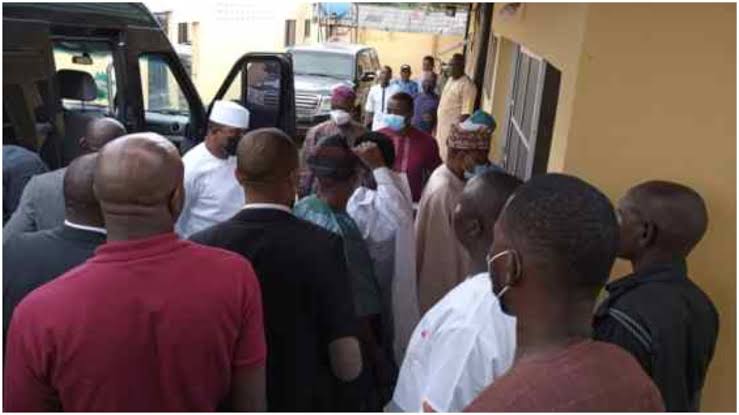 Following the recent visit of three All Progressives Congress (APC) governors on Sunday at Ibadan, the Oyo State capital, to woo a former Governor Rashidi Ladoja, the spokesman of the People’s Democratic Party (PDP) in the state, Engineer Akeem Olatunji has said that the governors’ visit to Ladoja was not a source of worry.

Mouthpiece NGR gathered that they held a one hour meeting before departing for Akure, the Ondo State capital.

Speaking with our correspondent on Monday, Mr Akeem Olatunji said Chief Ladoja is an elder statesman.

Akeem who stressed that PDP has no reason to be disturbed about the visit further said that Governor Makinde is performing excellently and Chief Ladoja is happy with that.