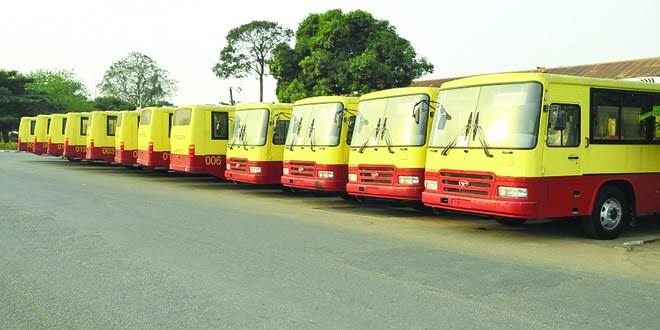 In this day and age where information is at the reach of our finger tips, Sahara Reporters refuse to take advantage of it for genuine investigative journalism but ignorantly chose to rely on mere petition.

By definition, ignorance is a lack of information. There is nothing wrong with ignorance, but making a career of it is stupidity as demonstrated by Sahara Reporters who are led by their beliefs and are blinded by their ego.

The truth about those buses in question bought by late Gov. Ajimobi led government are that they were all used and refurbished vehicles. I can say authoritative, people with first hand information and knowledge of the purchased are still very much alive and can attest to this fact to that they were all second hand vehicles. It is often said that “no matter how lie travels, the truth will surely catch up with it one day”.

The procurement deal of the said used vehicles were done in a shady way without following the due process, they were deceitfully packaged to siphone money from the government treasury.

After the used buses had been purchased, the disgraceful management with their collaborators could not engage in simple act of maintenance thereby  leaving the refurbished vehicles to rust, decay and later packed up due to amladministration and maintenance culture.

It is on record that the 22 buses bought by former Governor Ajimobi have been abandoned as they were obsolete and deemed irreparable. Is it unlawful to dispose of these refurbished and unrepairable buses that were purchased 9 years ago as scrapped? This is the question for Sahara Reporters and their so called petitioners to answer.

It is also obvious that the petitioners are using the irreparable buses to siphon funds from the Government treasury but it is no longer business as usual under the new administration.

Photos of the used and refurbished vehicles could be found on the public domain as pictorial evidences. In order to cover their tracks, the rogues and their collaborators engaged Sahara Reporters who could be hired for token to write fictitious story about the saga so as to discredit and distract Governor Seyi Makinde led administration.

Kudos to Governor Seyi Makinde’s landmark performance at different sectors especially in the area of transport sector by procuring additional 100 buses in which 50 buses have been delivered to serve the welfare of the citizens in line with his campaign promises.

It is worthy of note that Hon. Dare Adeleke is a man of value, honour, integrity and he actually live by these principles. He is an accomplished public servant who possess a rock solid commitment to the enduring value of honesty and selfless service to the people of Oyo State. Hence, his decision making as Chairman of Pacesetter Transport Services is in consonant with the Government lay down procedures.

The Chairman of the Pacesetter Transport Services has the right to take a sound decision on irreparable vehicles because they contain hazardous materials that can damage the environment, pose a risk to public health and are expensive to service if not disposed of safely.

Sahara Reporters know the truth that it is an international best practice to dispose of depreciated old stock vehicles.

It is crystal clear that the online tabloid has consciously and deliberately chosen the pattern of ignorance avoiding knowledge in the presentation of facts.

Why would Sahara Reporters limit their primary source of information based on petition, hearsay and failed to explore as many options as possible for reporting fact?

Unfortunately, ignorance is inevitable but nothing good ever come out of ignorance as Sahara Reporters have been feeding the public with lies.

The tabloid, in its usual baised point of view, packaged mischievous, and spurious write-up about the issue they were not privy to in the name of dissemination.

It is insane and so alarming to read worthless articles from the online platform of Sahara Reporters which is full of bias, deceit and sentiment that cannot be attributed to any sane media outlets in the noble profession of journalism.

Journalism is not meant for intellectually deficient and lazy media outlet such as Sahara Reporters who cannot afford to discharge their duties reasonably and professionally.

Investigative journalism is unravelling the truth and revealing facts about incident, situation and event without being bias under any circumstances but Sahara Reporters lack the capacity to function independently as they failed woefully by relying on gossips, hearsay, petition and beer parlour talks to get information.

A willing tool like Sahara Reporters threw caution to the wind and summed up their write up which was devoid of logic and reasoning.

They should ask themselves if it is the truth, necessary, positive or negative before feeding the general public.

Sahara Reporters should desist from sensational and yellow journalism and imbibe the culture of professionalism in their writing if they want to have enduring legacy in the noble profession of Journalism.