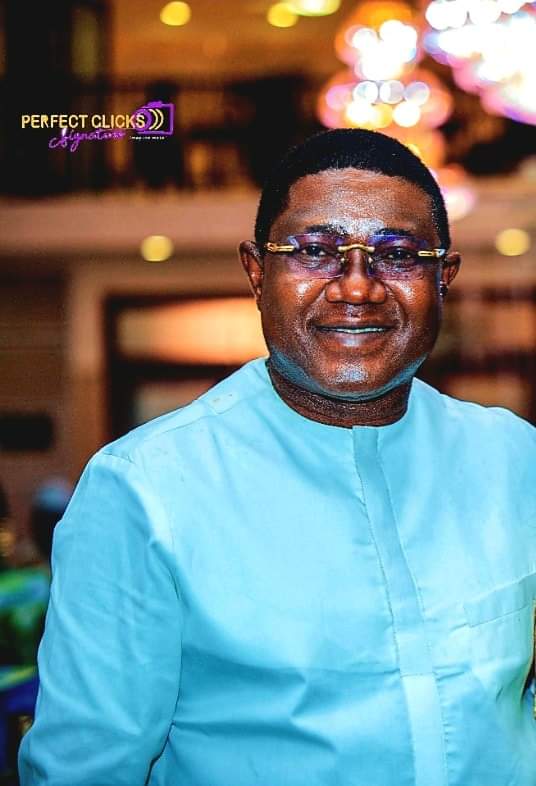 For two days, my under cover investigation” at Pace Setter Transport Company, Eleyele, Ibadan, clearly shown that Sahara Reporters consciously and deliberately chose the pattern of ignorance avoiding knowledge in the presentation of facts.

The online medium known for “Catchy Headlines” did not only limit their primary source of information based on mere petition but equally failed to explore as many options as possible for reporting facts.

Sahara Reports claimed that Makinde’s appointee, Dare Adeleke illegally sold off 22 buses bought by Ajimobi while failing to realize that under the said chairman— operational vehicles in PTS increased from 22 to over 50 in 2years.

It equally failed to realize that it is not a new thing for obsolete and unserviceable buses to be sold when due process is followed.

My investigation however revealed that, inspite of the challenges of spare parts of the Daewoo buses processed by the last administration which warranted the attempt to sell them off to primero, the current administration turned the fortune of the company around by investing in spare parts to bring back over 30 grounded buses and continue to maintain the 20 operational buses met on ground.

It is clear that “three people” were behind the malicious story published by Sahara reporters because of the action taken by Dare Adeleke plugging loopholes and blocking all areas of the company’s treasury.

Adeleke’s offense was because he didn’t make the runnings of the company as “Business as Usual” but “Business Unsual”. This man didn’t event stop there as he went further to set up a secret committee that understudied and reviewed all modus operandi used to defraud the company in the past. Do you think such a man won’t be crucified?

During my investigation, I was able to know that unserviceable vehicles permanently on road are like a pot of soup for some staff. The major area where people used to drain the revenue of the company and where some staff members used to enrich their pockets under constant repair and maintenance.

The Chairman was able to fish out all these vehicles used as drainpipes and announced that he will not waste the resources of the company on them any longer but would have to be ‘butchered ‘to fix some and sell-off in parts”, said an insider.

Some staff however admitted that the vehicles bought by late Gov. Ajimobi led government were all used and refurbished. They attested to the fact that they were all second hand vehicles.

According to a senior staff, the procurement deal of the used vehicles were done in a shady way without following the due process, they were deceitfully packaged to siphone money from the government treasury.

He added that the management couldn’t engage in simple act of maintenance thereby leaving the refurbished vehicles to decay, rust and later packed up due to maladministration and maintenance culture.

“Dare Adeleke fulfilled all legal righteousness at boarding out the refurbished and unrepairable buses that were purchased 9 years ago to the buyers at gate.”

It is an open truth that PTS, a one time moribund sector has become so enviable to well meaning citizens of Oyo State under the supervision of Hon. Dare adeleke.

The increase in quality of their services has continue to attract religious and social cultural groups for chartered services of their buses on a regular basis.

FGMC’s have increased their paronage of the company as corporate organizations like Coca-Cola has increased usage of PTS buses as staff buses and likewise ROM Oil & Extreme manufacturing Company using 8 of their buses while Oriental and Global Manufacturing company are using 3 buses.

The Approved construction of bus terminal, resuscitation of abandoned vehicles, increment in Internal Generated Revenue, renovation of the dilapidated structures used as office, modern mechanical workshops, procurement of more durable and quality vehicles are all part of the achievements of this young man led agency in the last few months.

Despite the fact that PTS do not receive monthly subventions, the company pays her staff salaries on the 25th of every month and just like the state Govt. the staff received their salaries on the 18th of July due to sallah festival. Likewise for the first time in 7 years the staff of the company enjoyed promotion nominally and financially.

It is worthy of note that Hon. Dare Adeleke has distinguished himself as a man of stupendous integrity, honor, and a public servant committed to the development of the state. Hence, his decision making as Chairman of Pacesetter Transport Services is in consonant with the Government lay down procedures.

I hope Sahara Reporters would apologize and further desist from sensational and yellow journalism if they want to have enduring legacy in the noble profession of Journalism as advised by Bayo Adeyinka, a senior LAUTECH alumni member.

Can be reached via [email protected]