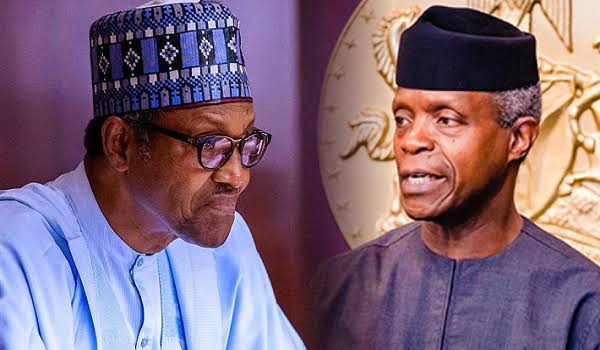 Vice President Professor Yemi Osinbajo has adviced members of the All Progressives Congress, APC, not to think that the bulk votes given to the party in 2015 and 2019 would still be gotten in 2023.

Professor Osinbajo who said President Muhammadu Buhari whose personality attracted the votes will not be on the ballot in 2023 also charged the youth arm of the party to work hard to build a stronger membership base, right from the grassroots.

He gave this advice when he received a delegation of the APC National Youth Lobby Group, who was at the Presidential Villa to present the report of the party’s Youth Conference in June this year.

A statement issued by Senior Special Assistant to the President on Media and Publicity, Office of the Vice President, Mr. Laolu Akande quoted Osinbajo as saying: “this lobby group will need to deal with the issue of inclusion at the grassroots first.”

“today, the APC can win elections, why not, we have a very popular President who can control significant votes, we have partners everywhere.

“Whereas, in the coming years, when we do not have such a political leader who is as popular as the President, you are going to need to do the hard work. We can’t assume that the votes will all come in.”