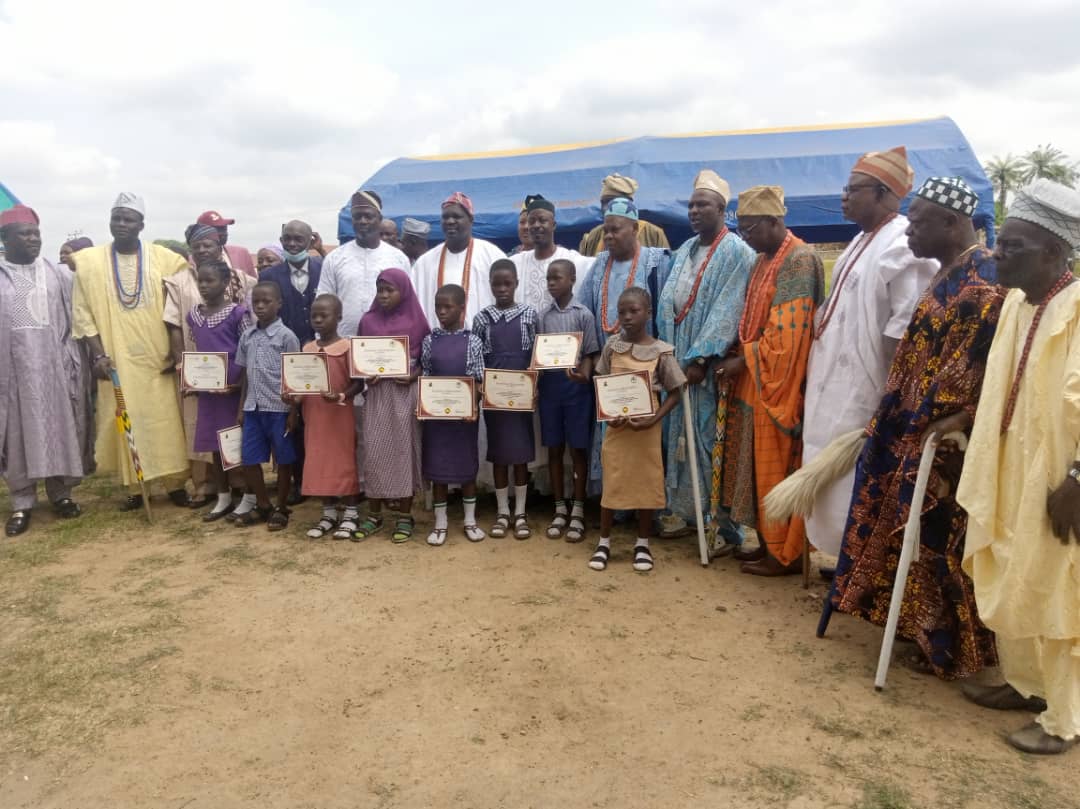 In a bid to complement effort of Governor Makinde-led administration on education, the former Commissioner for Education, Science and Technology, Barr Olasunkanmi Olaleye has organised a quiz competition for pupils of primary schools across Suurulere local government area if Oyo state.

The completion which got to the final stage today started a month ago and had participants from 104 primary schools from eight zones across the council area, while Iwofin,Iregba,Oko and Iresaadu zones scaped through to the final stage.

Speaking,Hon Lasun Olaleye, who commended Governor Makinde-led administration over its commitment towards standard of education across the state, pointed to recruitment of teaching and non-teaching staff to fill vacancies following retirement of some teachers, saying the competition was to prepare pupils for state, national and international competitions.

Hon Olaleye expressed happiness over presence of traditional rulers in Suurulere local government area, maintaining that individual is expected to contributing immensely to development of education in the state, also that children of today are leaders of tomorrow and their education needs proper attention and education is the best legacy.

Earlier, in his address, the Coordinator of ‘O Kajue’ Group, Chief Rasaq Mustapha commended initiator of the quiz competition, Hon Olaleye over his vision towards education of young ones,saying education is a bedrock of all sectors,equally calling on other philanthropists to contribute to development of education and other sectors.

At the end of all rounds,Iregba and Iwofin emerged as the first and second zones, while Iresaadu and Oko came third and fourth respectively and prizes were presented to all participated zones and three best teachers in the zone, Victoria Adewole, Timothy Adidas and Kayode Ilufoye.