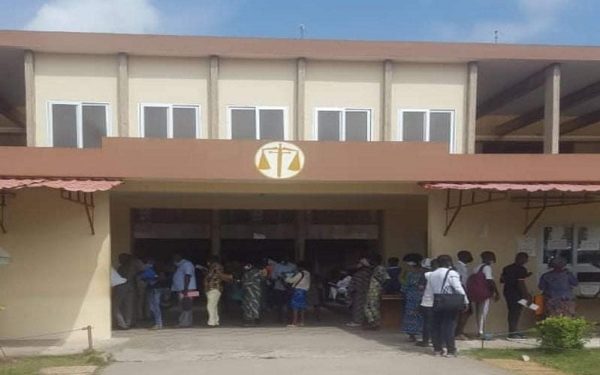 Tension is rising at the Court premises in Benin Republic over the extradition hearing of embattled Yoruba Nation agitator, Sunday Adeyemo aka Sunday Igboho.

Supporters of the embattled agitator besieged the court premises to catch a glimpse of him and his wife, Ropo.

The National Chairman of Ilana Omo Oodua, Prof Wale Adeniran, said: “He is in court with his wife. Hearing will commence shortly”.