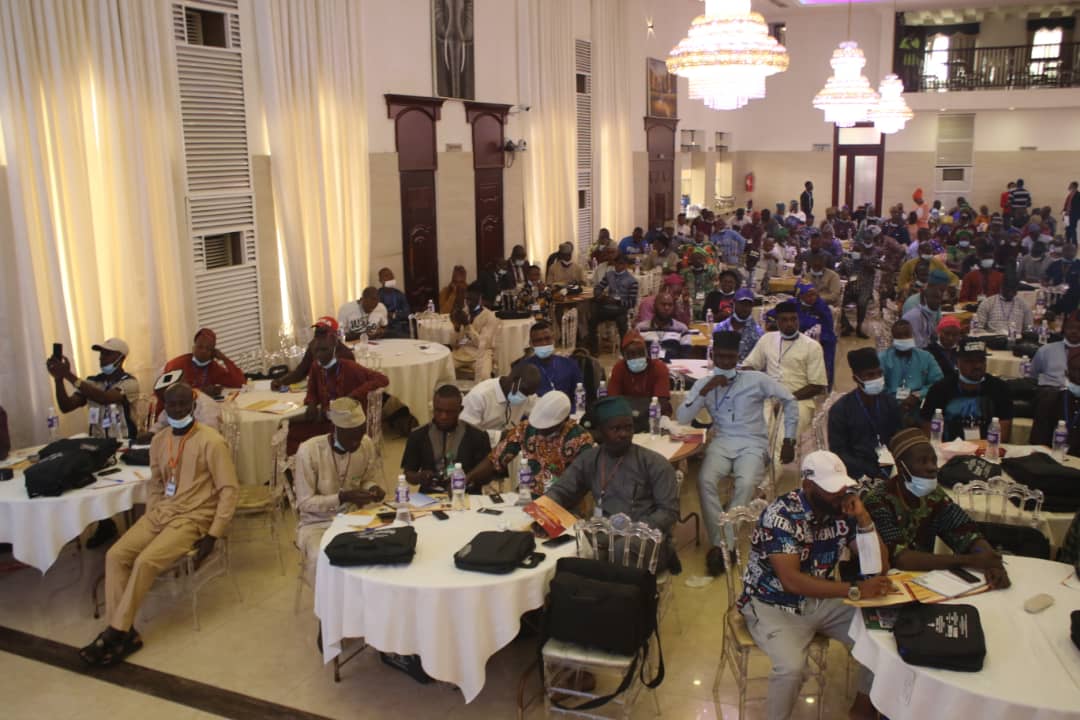 The Government of Oyo State, on Wednesday, Kick-started a training programme for 351 councillors and 33 clerks of Local Government Legislative Councils.

The training, which centred on good governance at the local government levels and effective replication of the Four Point Service Agenda of the ‘Seyi Makinde administration, was flagged off at the World Lilies Event Centre, Apata, Ibadan, by the Special Adviser to the Governor on Legislative Matters,  Hon. Samuel Adejumo.

A statement by the Chief Press Secretary to the governor Mr. Taiwo Adisa, quoted Adejumo as telling the councillors that the training was initiated to update them on the relevant laws and reforms of the federal and state governments, as well as their application of the Four Point Service Agenda of the Makinde administration at the grassroots.

He admonished them to truly represent the interest of their various communities and key into four pillars of this administration.

He said: “The training is meant to groom you on oversight functions and the laws they are supposed to make at the local council so that they can represent the people well.

“It is also aimed at giving them proper orientation on how to deliver dividends of democracy to the people. It is first of its kind in the history of Oyo State and the entire nation. So, I want to believe that it is a legacy.

“It is possible for us to organise this training because we have a governor who understands what he is doing. He has put a round peg in a round hole and I give him kudos for giving kind approval for this workshop.

“The message of His Excellency to the newly elected councillors and clerk of the house is that they should avoid crisis at the local level and replicate the things that have been done in the state in the past two years.

“The chairmen should allow the legislature to perform their oversight functions so that there will be no misunderstanding between the two arms of government.”

He expressed the hope that at the end of the training, participants would have been further equipped with adequate knowledge to discharge their duties effectively at their various councils.

Also speaking at the event, the Permanent Secretary, Ministry of Local Government and Chieftaincy Matters, Mr. Segun Ajekiigbe, maintained that the Ministry has put together a 3-day training to address a serious lacuna observed in the series of researches conducted on local government administration in Nigeria, which, he said, bothered on identified wide gaps between the local government chairmen and councillors.

He said that this has been seen as a major encumbrance to development at the  grassroots.

He charged the legislative arm in the local government system to work in cahoots with their executive chairmen to bring  a paradigm shift that would engender a workable strategic development plan that is integrated, inclusive, informed, informative, innovative and implementation-oriented in consonance with Governor Makinde’s mantra of education, health, security and economic expansion.

He said: “Ladies and gentlemen, permit me to remind you that you rose to your new position through a platform, that is, People’s Democratic Party (PDP), hence, the need for you to remain committed and loyal to the party and the leadership of the party in the state because to whom much is given, much is expected.

“At this juncture, I wish to specially appreciate our Governor, Engr. ‘Seyi Makinde, (FNSE), for his commitment and support in organising this training.

“It is my hope that, many more of this would take place in the life of this administration because without knowledge, action is useless and knowledge without action is also futile.

While delivering the first paper at the event titled – ‘Local Government Structure and Significance of elected of Councillors in Grassroots Development’, Dr. Stephen Lafenwa, a lecturer from Department of Political Science, University of Ibadan, stated that local governments must  be creative in assisting the members of their communities to align with the four pillars of Governor Seyi Makinde  and  ensure they promote grassroots development.

“It is very important we engage them because a number of them are new in the system and they have not familiarised themselves with the structure that we currently have in place.

“Since 1991, Nigeria has extended the presidential system of government to local government system and the way we have been running it when we transited to democratic system in 1999 has not portrayed that we have already entrenched that in our law.

“So, that is why we have to train the newly-elected local government councillors concerning the structure they are going to be working with and what it is all about. How they can perform their roles within the council areas, party and communities.

“By this, we are also trying to motivate them to be creative and innovative because the governor of the state is doing a very good job when it comes to the four pillars of his administration – Health, Education, Security and Economic expansion. They have to be motivated to key into those areas.

“They must also be creative in assisting the members of their communities to align with these pillars and make sure they promote grassroots development at their own level.”

Another lecturer at the workshop, Hon. Musah Abdu-Wasii, Chairman, Oyo State House of Assembly Service Commission, who spoke on the paper titled ““Understanding the act of Law Making at the Local Government Level,” said that his paper is basically on the act of lawmaking at the local government level. He said that the paper was an expose on the power of the kocal government councils and the lawmakers at that level.

“We tried to make it known that from the Oyo State Local Government Establishment Law, they are the body vested with the power over the spending, appropriation and oversight at the LG level.

“We also made them to understand that they are the most important organ of government as far as the LG is concerned. This is because they represent the people from different wards and the actions and inactions of the LG chairman depends on the lawmakers. If there is any failure, it is simply attributable to the lawmakers.”

He urged the councillors to take a keen interest in identifying the needs of their constituents.

The training had in attendance, three hundred and fifty-one (351) councillors and thirty-three (33) Clerks of the legislative councils of the 33 LGs in the State.