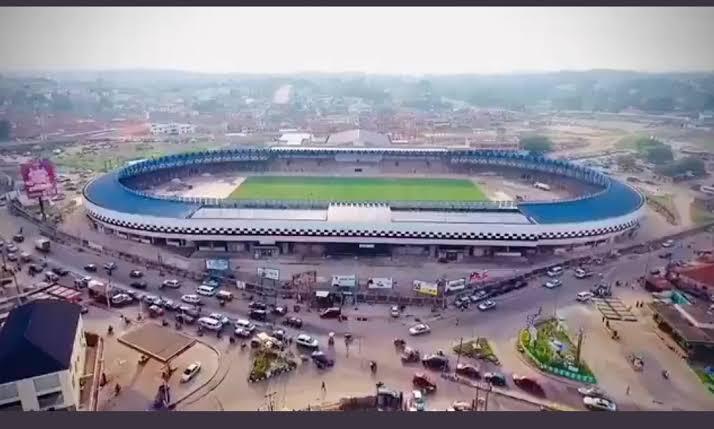 Since the inception of the present administration, Oyo State has been carrying out different developmental initiatives from Education, Infrastructure, Sports, Social Welfare, etc. This development cuts across board and is visible feasible to the eyes.

Even though some critics with a biased agenda are trying to pull down the government and the administration, keeps wagging war against the state and thinking they can rise by pulling others down. No wonder Governor Makinde had asked them to allow the work speak for them and not to spoil the state that belongs to all of us.

Yes, Adamasigba stadium is a multibillion project of over N5.580 billion that I see as so huge for a state which the past administration had claimed not to have sufficient fund even to attend to state workers. Yet this administration took it as a responsibility to commit itself in such a gigantic task via the Oyo State Investment and PPP.

Discovery is the journey; insight is the destination. – Gary Hamel

The state discovered what they needed and had an insight of what can become of it in the future.

Oyo State is on the part of becoming a tourist attraction and investment destination for people in Nigeria and abroad and I’ll tell you how Lekan Salami stadium will contribute to this development.

The 10,000 capacity stadium was built in 1976 and opened on 28th of May 1988 during the administration of David Jemibewon, it was called Adamasingba stadium until 1998 when it was renamed Lekan Salami stadium by Oyo State Military Governor Hammed Usman to honor Chief Lekan Salami.

With the new standard of the pitch, Oyo State can host an international league, yes the stadium has a football pitch, tennis court, squash court and indoor sports hall and you can imagine how much the state will generate in return! This is really wowing.

Also, considering the number of spectators that will come in to watch football matches, the income to be generated per head in a multiplier effect is what you won’t imagine. I see Oyo State as a state with plans and good agenda. If you fail to plan you plan to fail. Kudos to the brains behind the development of Oyo State.

I must say since my appointment as the Marketing Director of Crown football academy, I see rising stars and brilliant children who have the potentials of growing to the peak of their career and making names for themselves and the state through footballing.

With this kind of stadium facility international investors can come down and watch football matches or training and decide to pick our boys abroad, thank God our pitch meets international standards and will be one of the best in Nigeria and Africa.

This cost of sealing a contract deal of selling a great talent that was built by the investment of skills into our boys will be of benefit to the home based football team and also to the state as an income, hereby in the long run promoting the name, image and popularity of our dear state. I bet it this players will come back home and invest in one way or the other into their state growing the economy and promoting development yet reducing unemployment in the long run.

I can’t imagine a state having the highest number of footballers abroad— what a great envy for all other states to sit up to their task.

Let me thank Governor Makinde again for investing in Shooting stars, Ibadan and Crown fc, Ogbomoso. I must say the government is standing to the task.

One thing I want to hammer is our young players are the future of our dear state and our country.

With the little I’ve seen about this young boys in the academy, they are ready and devoted to the task.

If proper attention and good welfarism is given to these boys, I’m sure the clubs and the state will smile.

Thank you governor Makinde for not being biased in all your dealings.

All main stadiums in the state are being attended to, and believe me very soon all other states will start coming to Oyo State to borrow developmental ideas for them to succeed in their various states.

Keep the good work going and the sky is the beginning.