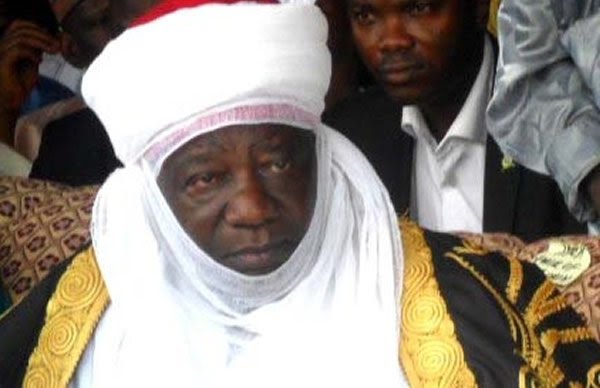 The Oba of Jebba in the Moro Local Government Area of Kwara State, Oba Abdulkadir Adebara, and the Serikin Hausawa of the town, Yusuf Gwadabe, have dragged the Emir of Ilorin, Alhaji Ibrahim Sulu-Gambari, before a Kwara State High Court over the planned installing of a new leader for the Hausa community in the ancient town.

Joined as a co-defendant in the suit is Alhaji Nasir Illyasu. He is to be installed as the new Serikin Hausawa of Jebba on Friday (today).

In a suit filed before Justice E. B. Mohammad and argued on Thursday, the traditional ruler challenged the emir over the planned installation.

The counsel for the plaintiffs, Adekunle Bamidele, said that Yusuf Gwadabe was the recognised Serikin Hausawa of Jebba, having been installed since 2017 with a letter of recognition acknowledging him as the authentic titleholder by one Kinrinjin Adebara for the then chairman of the Moro LGA.

Bamidele prayed the court “to restrain Alhaji Sulu-Gambari, the Emir of Ilorin, from turbaning the first defendant, Nasir Iliyasu, as the Serikin Hausawa of Jebba in Ilorin, the state capital, on July 2, 2021.”

Justice Mohammad, who admitted that the Jebba’s monarch has the sole authority to install lesser chiefs in his domain, declined to grant the injunction.

But, he ordered that hearing notice be served immediately on the emir and Illyasu.

According to the judge, if the defendants are law abiding, they must stop the activities of installation, pending the determination of the suit filed before him.

He subsequently adjourned proceedings till July 28, 2021.