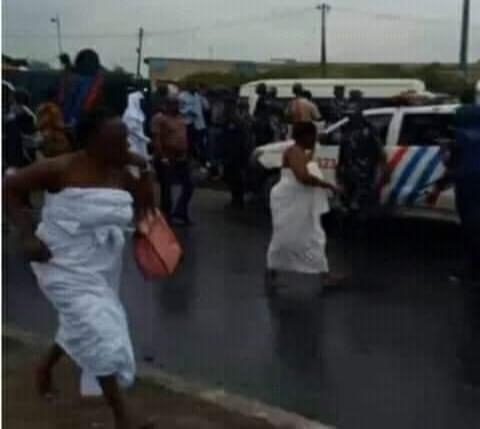 Event has shown a moment Yeye Osun ran for her dear life as police dispersed Yoruba Nation protesters in Ojota.

River goddess known as “Yeye Osun” in Southwest Nigeria were obviously parts of the protesters agitating for oduduwa nation in Lagos.

The river goddess took to their heels with other protesters when the police dispatched by the Lagos CP used water cannons on the agitatators.