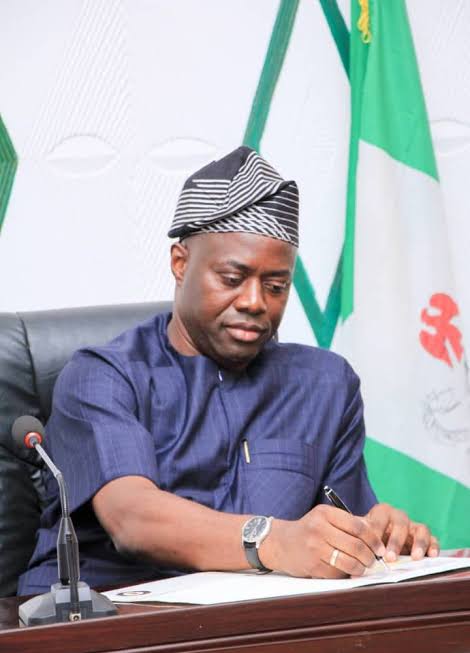 This contained in a statement signed by the Chairman, Civil Service Commission, Alh Kamoru Abíọ́dún Adéríbigbé, on Tuesday.

According to the memo, “This is to inform the general public, particularly those who attended the interview for the recruitment of Education Officers in April/May 2021, that His Excellency, Governor Seyi Makinde FNSE has once again fulfilled one of his electioneering campaign promises on youth employment.”

The statement added that the Governor as approved the employment of 692 Education Officers who will teach in the unity schools under the Ministry of Education as well as Technical Colleges.

“In fact, this unprecedented recruitment is first of its kind since the creation of Oyo State.”

“With this approval, candidates who attended interviews are to check their status on the state job portal from Saturday, 17th July. In addition,  their letters of appointment will be ready for collection from the middle of August, while they will be expected to assume duties at the Ministry of Education from 1st September, 2021.”

“While appreciating the Governor for this laudable achievement, it is hoped that the successful candidates, indeed the entire people of Oyo State  will appreciate His Excellency’s magnanimity, despite the dwindling resources and competing demands.”

“We pray that Almighty God will continue to grant His Excellency good health, wisdom and resources to continue to shine among his peers. Amen.”

One thought on “Just In: Makinde approves employment of 692 education officers”