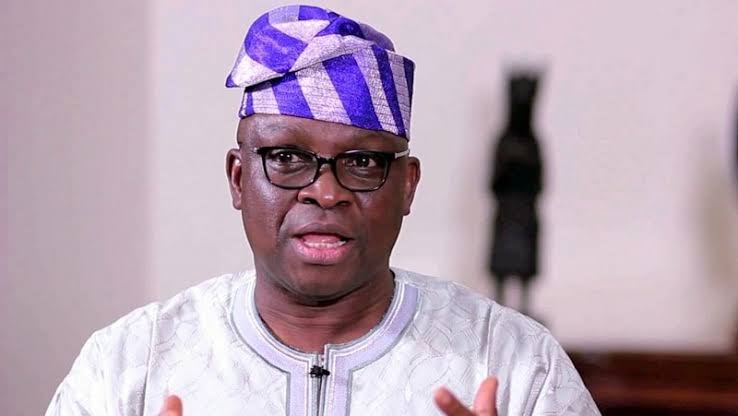 The former governor of Ekiti State, Ayodele Fayose, has made known his intention to join the ruling All Progressives Congress (APC) if his preferred candidate in the Peoples Democratic Party (PDP) loses the party gubernatorial ticket.

Fayose made this known on Monday while addressing his teeming supporters at Afao Ekiti having endorsed Bisi Kolawole as his preferred candidate for the election.

He had, in May, presented the former House of Assembly Member who represented Efon Constituency to his supporters across the 177 political wards in the state in preparation for his victory in the party’s primary.

With the primary billed to come up early next year, the former state governor encouraged his followers to work closely with the various delegates to ensure victory for Kolawole and see that those that won’t listen to him do not win the election.

He reiterated that he will rather pitch his tent with the incumbent governor, Governor Kayode Fayemi of the All Progressives Congress (APC) and go all out to work against PDP if his candidate does not get the party’s ticket.

His words: “My people, do not be afraid of the primary election ahead, you will all recall I bought the forms for the majority of the party’s executives from the ward level to the state level. I know some of them already betrayed me but I have no fear about that. Don’t forget I am Peter the rock, my anointed candidate Bisi Kolawole will do all his best to win and if the worst happens, I will pack my load and work with Governor Fayemi.

“I will better destroy the party than allow those who won’t listen to me to win the main election. I will advise you all to go home and work with delegates, don’t allow them hijack this my greatest asset which is the Ekiti PDP,” he said.