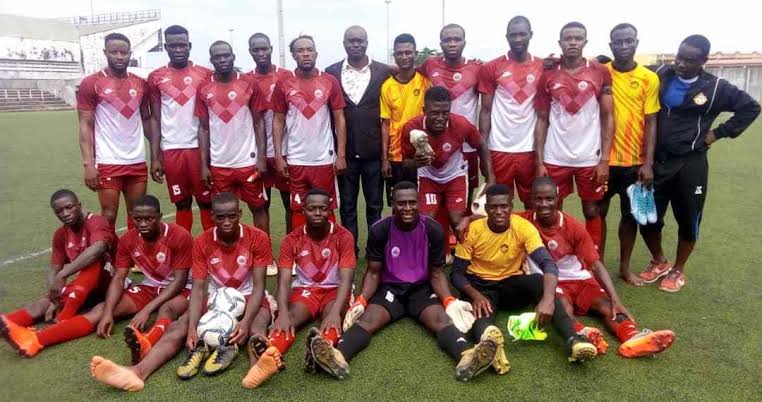 The Oyo State Housing Corporation Football Club has qualified to play in division three of the Nigerian league.

The newly inaugurated club booked a place for itself in the division following a convincing victory over the Ogun State representative in a nationwide play off.

A statement signed by the Director of Information and Public Relations quoted that the coach Ilerika led lads defeated their opponent by three goals to nothing and three one in the two legs tournament played at National Stadium Surulere,Lagos yesterday and in the early hour of today.

Two other states expected at the tournament,Edo and Ondo were disqualified for failure to show up and improper registration respectfully.

Addressing the triumphant lads after their return from Lagos, the chairman of Oyo State Housing Corporation, Barr.Bayo Lawal described the victory as that of Oyo State and not for the Corporation alone.

Barr. Lawal promised to intimate the Oyo State Governor,Engr. Seyi Makinde with the development with a view to garnering his support.

He assured the club and the coaching crew of necessary assistance to lift the club to a higher height.

The Chairman pointed out that featuring in the premier league in the country is his aspiration for the club saying this is doable within the shortest possible time.

He congratulated the players and the coaches for the feat.