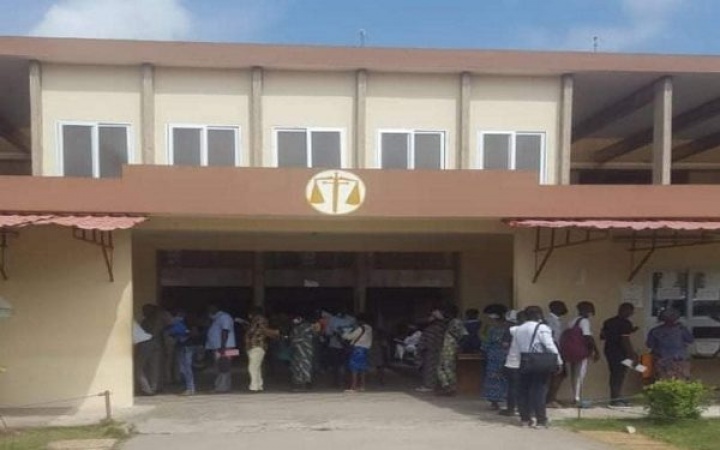 Yoruba Nation chief campaugner, Chief Sunday Adeyemo, also known as Sunday Igboho, has arrived the Cour De’appal De Cotonou, ahead of his arraignment by the authorities of Benin Republic for immigration-related offences, according to reports.

One of the reports, by SaharaReporters, quoted an unnamed source as disclosing that “Igboho may be arraigned for passport-related offenses”, adding: “His Nigerian lawyers are here already. Yoruba leaders in the Benin Republic have been supportive as well.”

Another report by The Nation said that hordes of Igboho’s supporters arrived the court premises hours ahead of the commencement of proceedings, which ere yet to start as at the time of this report.

Benin had accused Igboho, who was arrested at Cardinal Bernardin International Airport, Cotonou, with his wife on their way to Germany on Monday night.

Meanwhile, Igboho’s spokesperson, Olayomi Koiki, in a live update on early Thursday sounded confident that the trial would go in favour of his principal.

He said: “I can confirm, he will have the opportunity to be heard at the Benin Republic court, they respect international law. It will be held today (Thursday) by God’s grace.

“The court will determine the fate of the extradition and we’ll also have the opportunity to present our case especially on the personality of Igboho.

“We know the magnitude of what the Nigerian government is trying to do if they try to get hold of Igboho but they will fail, by God’s grace

“Their intention was to capture him (Igboho), but God fought for him,” he said.

Igboho was declared wanted by Nigeria’s secret police, the Department of State Services (DSS), earlier in July after his Ibadan house in Oyo State was raided on July 1, 2021 by the operatives of the secret police.