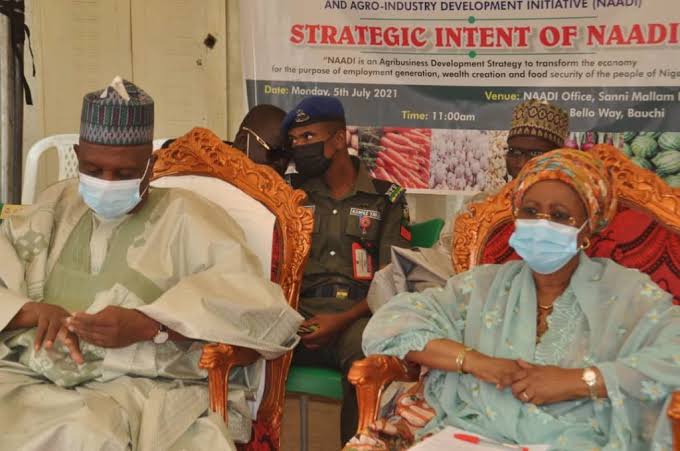 The Minister of State for Industry, Trade and Investment, Ambassador Maryam Yalwaji Katagum has reportedly collapsed during an official engagement in Bauchi State.

The Nation gathered that Katagum was in in the state to launch an empowerment program in Bauchi metropolis on Monday, before she suddenly slumped while delivering her speech.

It was further gathered that she was immediately conveyed by officials to the Trauma center of the Abubakar Tafawa Balewa University Teaching Hospital (ATBUTH) for medical attention.

An eyewitness who spoke in confidence to The Nation said that the Minister slumped as she stood up to deliver her address and launch the program saying that, she just held her head and went down but for quick intervention of aides and other officials at the venue who acted promptly and rushed her to the hospital.

When our Correspondent visited the Trauma Center of the ATBUTH, he was barred from gaining entrance.

However, another eyewitness who spoke to our correspondent at the entrance of the hospital confirmed the incident.

He told our Correspondent that the Minister was indeed rushed to the hospital but in a section meant for Very Important Persons (VIP) of the hospital where she is currently receiving treatment.

When contacted the Public Relations Officer (PRO) of ATBUTH, Yusuf Aminu declined comment saying his job is at stake.