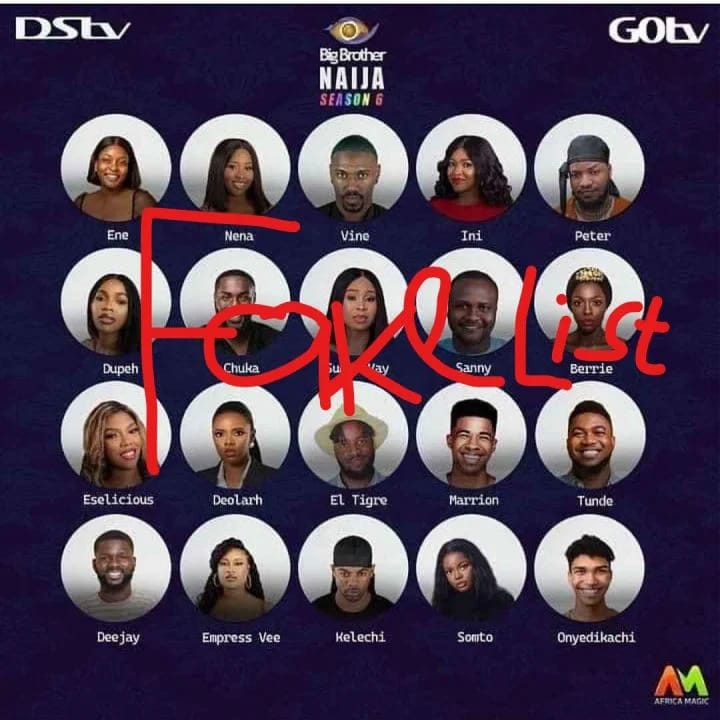 Organisers of TV reality show, BBNaija, have decried a list of supposed Season 6 housemates circulating in some sections of the media.

The organisers stated, “We have received an unverified trending list of the Big Brother Naija 2021 Housemates. This is to clearly state that the official list has not been released.”

Warning fans against the spread of fake and unconfirmed housemates’ list, BBNaija added that “The BBNaija official names of housemates will be published on the launching of the 2021 reality TV show, as Ebuka will be on stage to introduce housemates into the house.”