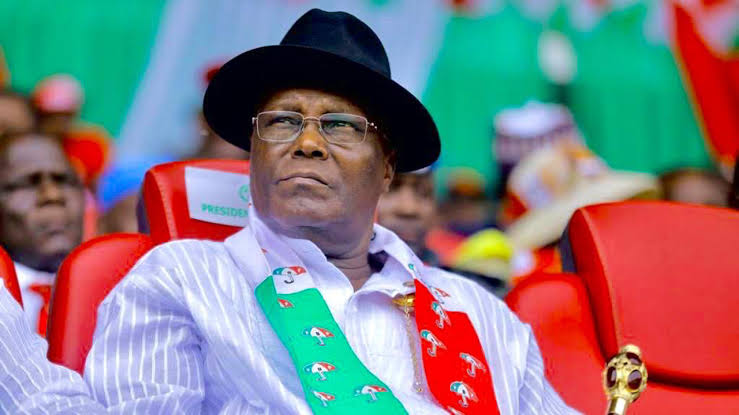 Following the demands by the Southern Governors Forum that all parties should cede thier Presidential candidates for the 2023 elections to the zone, a group loyal to former Vice President, Alhaji Atiku Abubakar has called on them to remain calm and hope for the best.

This was contained in a statement signed by National Coordinator Northern Youth Advocate For Atiku (NOYAA), Honourable Yahuza Yusuf   in his reaction to the Southern Governors Forum.

The group told Atiku’s supporters that there is no cause for alarm, stressing that zoning remains a party affair, not that of the governors.

“We as ardent supporters of our leader and mentor, urge all youth and his supporters across the country to remain calm. We are optimistic that democratic tenets of political parties cannot be hijacked by governor’s,” it stated.

Honourable Yusuf explained that Atiku has the wealth of experience and the charisma to lead NIgeria to prosperity of given the chance in 2023.

“Looking at his pedigree, none living for now, is a near match. Atiku remains the best shot for NIgeria in 2023,” the statement added.

It would be recalled that Alhaji Atiku Abubakar, who is the Wazirin Adamawa was the candidate of main opposition, Peoples Democratic Party (PDP) in the 2019 elections, where he helped the party reclaim several States from the ruling All Progressives Congress (APC).