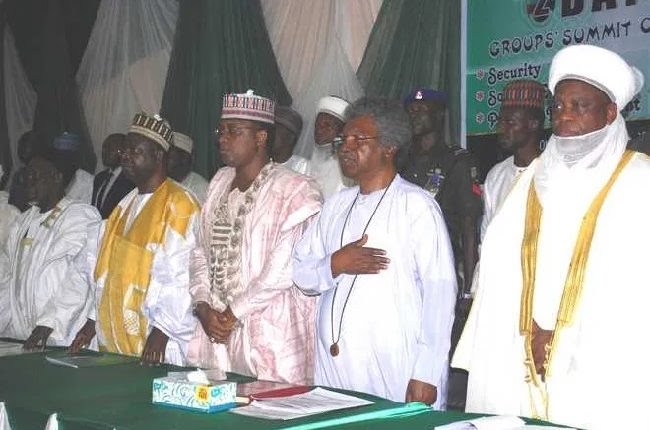 The Northern Elders Forum (NEF) has rejected the position of the Southern governors that the South should produce the President come 2023.

According to the Forum, the North would not be compelled into yielding a democratically elected office.

The Northern Elders Forum through its Director of Publicity and Advocacy, Dr Hakeem Baba-Ahmed, observed that as far as the North was concerned, the idea that it would be indirectly threatened or intimidated or blackmailed into yielding an office which ought to be settled democratically is not acceptable.

The NEF sees the decision of the southern governors as an expression of sentiment that could be best discussed within a political process.

According to the forum, “We are running a democratic government and decisions over where the next president comes from are basically decisions that will be made by voters exercising their rights to choose which candidate best serves their interest.”

Dr Hakeem Baba-Ahmed explained that the southern governors come from the two dominant parties: APC and PDP, saying that they must have some influence in those parties.

He noted that the way it should be done was that the southern governors should influence their parties to zone the presidency to southern states and then work to convince Nigerian voters from all parts of the country to vote for that candidate.

He opined that the democratic rights of Nigerian citizens to vote for a candidate cannot be snatched by threats or intimidation, stressing that politicians were becoming very lazy to think they will be given leadership in a manner that suggests an ultimatum.