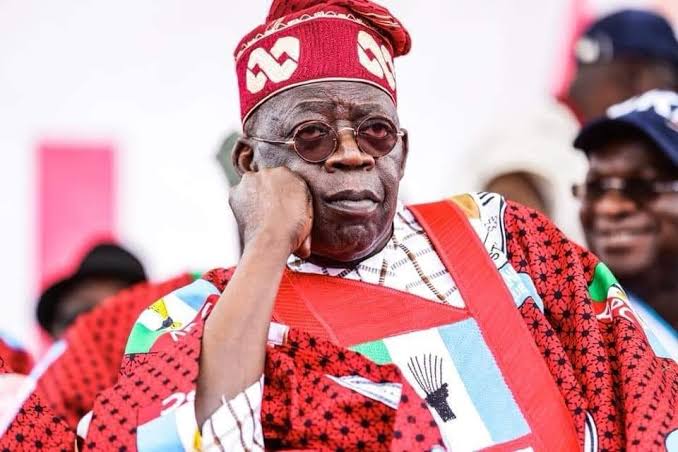 There are indications to stop Bola Ahmed Tinubu from becoming APC 2023 presidential candidate.

The proposal by the All Progressives Congress, APC to adopt the consensus method in choosing its officials and candidates in the forthcoming 2023 elections may have been triggered by the failure to pull down the structures of Asiwaju Bola Ahmed Tinubu, party sources have disclosed.

Tinubu, according to insiders, has established supremacy among presidential aspirants that gives him strong prospects as a possible candidate in a free and fair contest. Sources say that the main obstacle to him, however, is his health which is outside the control of men.

Saturday Vanguard in a report monitored by Mouthpiece NGR revealed that the Caretaker/Extraordinary Convention Planning Committee (CECPC) Secretary Senator John James Akpanudoedehe had made the proposal on the use of consensus as a way of fencing off what he described as moles from the opposition Peoples Democratic Party, PDP.

The proposal has, however, been openly opposed by pro-Tinubu tendencies especially in Ekiti where Senator Tola Adeniyi, chairman of the South West Agenda for Asiwaju Bola Ahmed Tinubu 2023 (SWAGA) raised his opposition last Thursday.

The proposal for consensus in choosing party officials and candidates according to other party sources follows the realization by those opposed to the former Lagos State governor that he, (Tinubu) cannot be easily stopped in a free and fair contest.

Tinubu it was gathered has made strong inroads into Northwest and Northeast states with heavy delegates’ count. Sources say that the Tinubu camp is especially strong in Kano, Katsina, Kebbi and Borno, states that are known to be rich in delegates.

As a party source said, “The constitution of the APC provides that serving and former members of the National Assembly are statutory delegates and this means that all former lawmakers from 1999 are automatic delegates.”

“You can see that Tinubu is very strong in Kano, Katsina, Sokoto and Borno and these are states that have a rich base of delegates for the convention and most of them are aligned towards Tinubu,” the party source revealed.

That is besides the Southwest states which have been mostly in the hands of the opposition where former legislators have mostly been aligned to Tinubu’s aspiration.

The Tinubu camp is also said to be doing well in the South-South especially in Akwa Ibom and Delta States.

However, the strong challenge he has in Akwa Ibom is Akpanudoedehe, the secretary of the CECPC who was until recently famously known to belong to his camp. In the absence of Akpanudoedehe, Tinubu is said to have mobilized an alternative organization with a focus in reaping from the state which has the highest number of Local Government Areas in the South-South.

A leading party chieftain in Delta State spoke in the same direction on Friday, saying “Delta no dey carry last, so we are for now looking towards him.”

However, the adoption of the consensus method it was gathered, could see Tinubu being shoved aside by powerful interests around the presidency determined to stop him through influencing the choice of party officials and delegates that would be automatic delegates in the national convention.