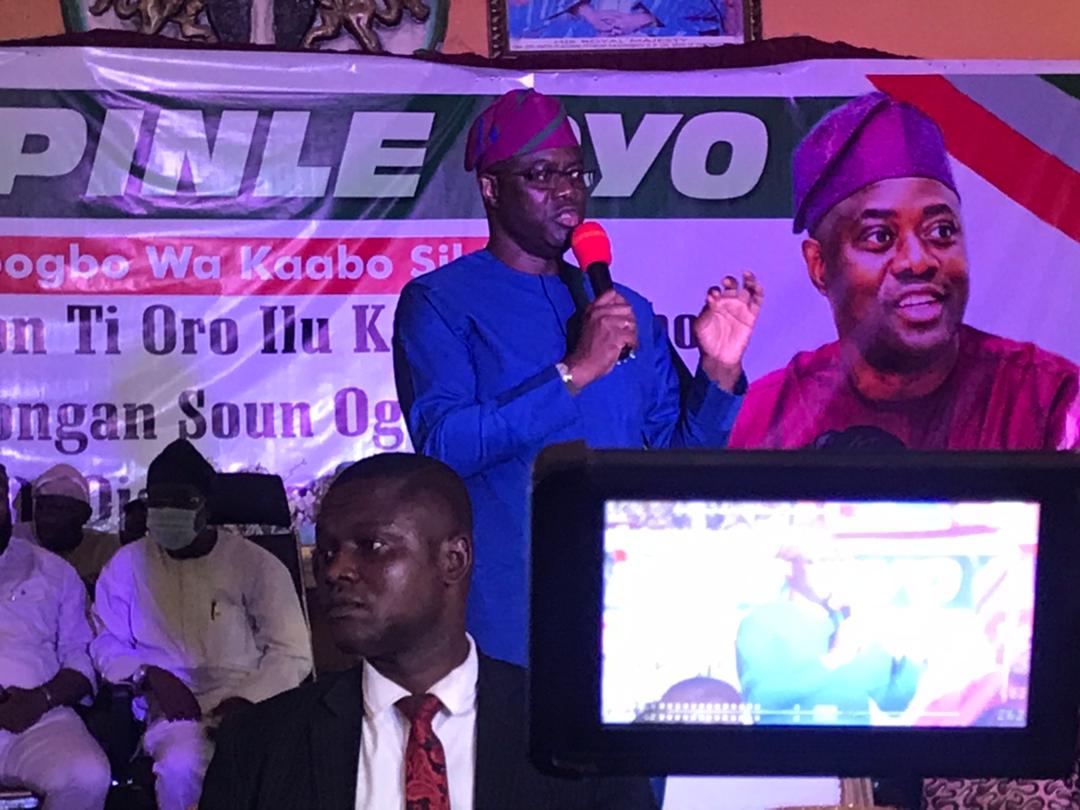 After slashing LAUTECH tuition fees by 25%, the governor of Oyo State, Seyi Makinde has promised to construct over head bridge in Ogbomoso before 2023, Mouthpiece NGR reports.

Makinde stated this on Tuesday while responding to questions from Ogbomoso residents at Oja Igbo.

According to him, Ogbomoso is the second largest town in Oyo state, the government will commission over head bridge in few months.

He stressed that he has listened to all agitations and he can assure that there will be proper accountability.

“It is now 2years you elected us. During our campaign, we promised somethings and we have seen to the fulfillment. One of it is LAUTECH ownership.”

“When I met with LAUTECH students, I reduced their school fees with 25% for both indigenes and non indigenes.”

“During campaign, I was made to realize that some students were killed along ogbomoso express road and because of security challenges, We constructed under G- stadium road”, he said.

On the issue of security, the governor disclosed that Open grazing is against the law in Oyo state, saying implementation plan will be out within the next few weeks.

“One of the thing our government has committed into is ongoing construction of the federal roads from ogbomoso to Ibadan, but we can assure you that all states road would be constructed.”

“We have constructed road from Ibadan to Iseyin, we will also link from Iseyin to Ogbomoso, he said.