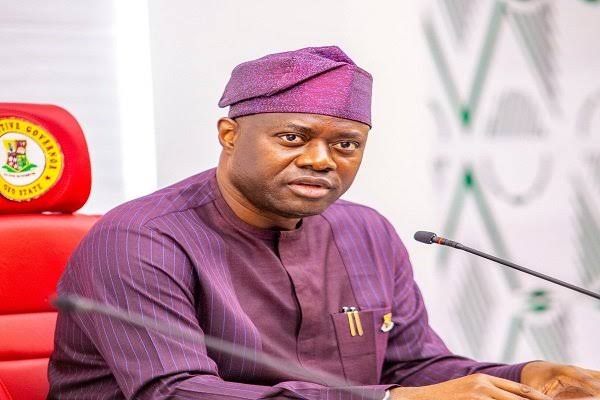 Oyo State Governor, Mr. ‘Seyi Makinde, has said his government would not comply with a recent Supreme Court ruling on the local government administration, because contrary to the constitutionally recognised 33 local governments, there are additional 35 local council development areas, making it 68, a number he claimed he couldn’t work with.

He, therefore, said the former council chairpersons might have to approach the apex court again to determine which of them should be paid.

The Supreme Court, last month, overturned Makinde’s sack of the council chairpersons in the state. Removal of the 68 council chairpersons, who were elected in 2018, was one of the early decisions of the governor as soon as he was sworn in, in May 2019.

The officials, drawn from the 33 local government areas (LGAs) and 35 local council development areas (LCDAs) and their councillors, were members of the ruling All Progressives Congress (APC).

The court also decided that the replacement of the sacked officials with caretaker committees was illegal and therefore fined Mr. Makinde’s administration N20 million.

But the court appeared to favour Makinde by noting that the tenures of the sacked council chairmen and councilors had expired. It, however, ordered that all their outstanding salaries and allowances must be paid with immediate effect.

Speaking to THISDAY at the Government House, Ibadan, Makinde said, “The Constitution of Nigeria recognises 33 local government areas and 351 wards in Oyo State. The previous administration created local development areas and increased the number to 68. We couldn’t work with that, so, we scrapped it and put in place caretaker committees before proper elections were held in the 33 constitutionally recognised local government areas.”

Makinde, who further broke down his understanding of the court judgment, posited that, “What the Supreme Court invariably said is that it is its policy that governors should not dissolve local government administrations. They expected me to approach the court to argue the unconstitutionality of the 35 LCDAs.

“If I had gone to court, it would have taken this length of time for them to reach a decision by which time they would have served out their tenure. They have to go back to court to determine, who among them should be paid. And I doubt if that matter can be decided during my tenure. I may be out of here by that time,” he added.

Defending himself and his party, the Peoples Democratic Party (PDP), against alleged manipulation in the recent local government elections in the state, in which the PDP won all the 32 local government areas, where elections were held, said it was by choice that he resisted pressure to manipulate the elections.

“I deliberately appointed a Senior Advocate of Nigeria as Chairman of the Oyo State Independent Electoral Commission, because I know he will be independent-minded. I have not even spoken to him after the election. I did not know him before the appointment. People told me it was the first time they are taking part in local government election. Even my own people told me it is not done that way. They wanted us to write figures and announce results. I refused to do that,” he said.

On his position that the constitution review would be an exercise in futility, he said he was ready to stake his future political career on the prediction that nothing fruitful would come out of the exercise,which he described “as an annual jamboree to waste money.”

His words: “If this constitution amendment succeeds, that will be the end of my political career. That is how strongly I feel about the waste of time and one that is going on. Former President Goodluck Jonathan supervised the production of a document, which many Nigerians agreed is the best document for our civil relations, he did not sign it into law, because he thought he was going to return as President. That document is there and this administration has refused to do something about it.”

He explained that true federalism goes beyond resource control, adding: “It is the fundamental of how we develop as a people. We should not say because these people are backward, then, you bring everybody to the same starting line. A country must allow its people to develop at their pace.”