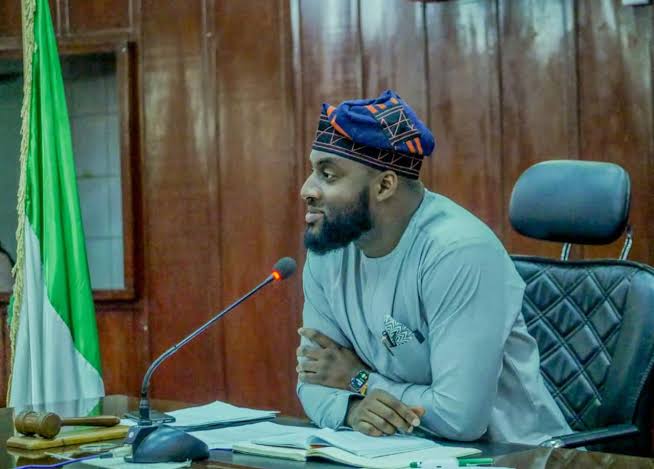 A law to provide for the management of funds accruing to the Oyo State House of Assembly from the consolidated revenue fund of the State scaled through 2nd reading ,Tuesday in the house.

The bill has consequently been referred to the Oyo State House Committee on Public Account and Appropriation for further scrutiny and deliberations.

It is meant to ensure accountability, transparency, effective and efficient utilization of funds and other related matters.

When operational, the House of Assembly shall manage its capital and recurrent expenditure in accordance with the provisions of the Constitution of the Federal Republic of Nigeria, as amended.

The bill was sponsored by the Speaker, Oyo State House of Assembly, Hon Adebo Ogundoyin and eight others .

The bill is imperative as the States Assembly across the country prepare to become financially autonomous.

The Speaker, Hon Adebo Ogundoyin said the bill which is being deliberated upon by all the 36 Houses of Assembly was aimed at enhancing and ensuring proper management of the income and expenditure of the Legislatures across the Country.

Hon Ogundoyin assured that the bill will be painstakingly deliberated upon in order to give legal support and framework to the finances of the House of Assembly.

In his contribution, the Deputy Speaker, Hon Muhammad Fadeyi said the bill will give total freedom to the Legislature and put an end to their dependence on the Executive arm of Government.

They said there should not be ambiguity in the bill as it meant to guarantee the rule of law , and enhance the concept of separation of power