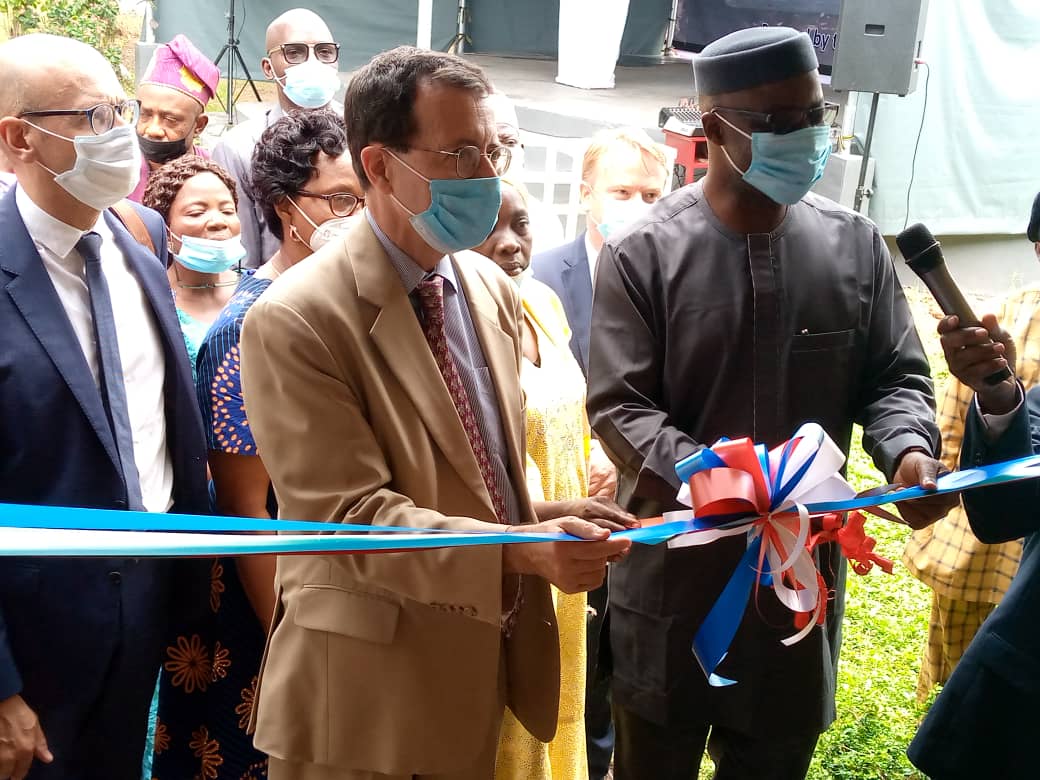 The collaboration was by no means one sided as the French government has provided funding for other projects in Oyo State particularly the State Government plan to complete 200km of roads  in the Rural Access  and Agricultural Marketing  Projects (RAAMP) supported by the French Government.

The Governor who was ably represented by the Honourable Commissioner for Education Barrister Olasunkanmi Olaleye thanked the French Ambassador, Jerome Pasquier for all support given by French government in the past two years.

He said the building will serve the needs of the students and administrative staff.