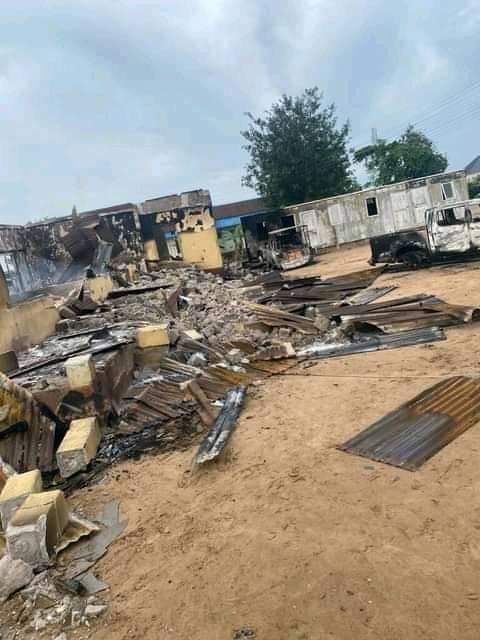 Mouthpiece NGR gathered that the incident occurred at about 1am on Sunday.

A statement signed by Acting Police Public Relations Officer (PPRO), DSP Etaga Bright, indicated that the armed men numbering about twenty stormed Ashaka police station and with the aid of IEDS they threw at the station razed the police station down.

The statement said the criminals shot sporadically, and set the police station that was built by the community/DESOPADEC ablaze, and also burnt down one patrol vehicle also bought for the police division by good people of the community just to ensure that police presence is not felt.

“It is pertinent to state that no life was lost and no arm was taken away. However, the police will not relent in ensuring that law and order is maintained in any community.”

“Unprovoked attacks on the police will not deter the police from providing the needed security in any community in Delta state. The hoodlums who perpetrated this dastardly act will certainly not go free, as serious efforts are on to arrest them and bring them to book.”

In another development, on Saturday, the police acting on a tip off by the Commissioner of Police in Delta state, deployed joint tactical teams of the command who stormed the hideout of suspected armed robbers/kidnappers, and engaged the hoodlums in a serious gun duel.

According to a statement by the police spokesman, the joint team killed six of them, while others fled with gun shot injuries into the bush.

One Ak 47 rifle, one pump action gun, one AK 47 magazine with 25 live ammunition were recovered.