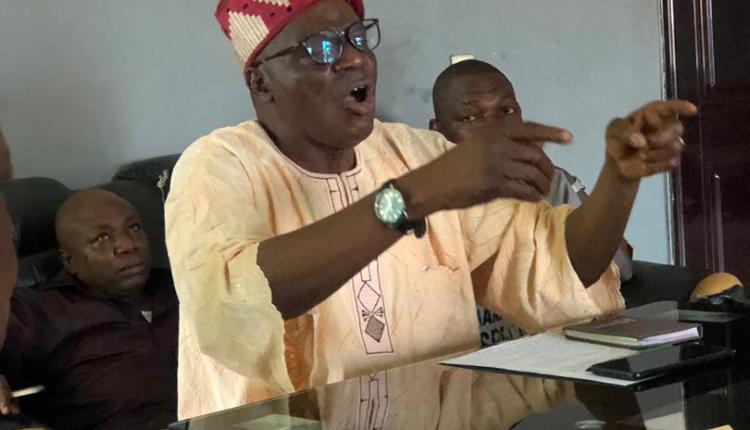 As part of measures to tackle the security challenges in the council area, the Chairman, Ibadan North East Local Government, Hon. Ibrahim Akintayo, has reiterated his commitment to fighting insecurity with a vow to do everything to ensure that the lives and property of the people in the council are secured.

Akintayo, who stated this during a recent meeting with non-state actors, added that their input will go a long way in fighting the scourge and make peace reign in various communities.

While stating that the meeting was  organized as response to security threat in the area, and the state at large, Akintayo vowed to strengthen communal policing within the local government council, with a view to ensure the people sleep with their two eyes closed.

The Director General of Operation Burst in Oyo State, Colonel Oladipo Ajibola, who also spoke at the meeting, promised to work with the non-state actors to ensure a safe environment for everyone.

He equally urged members of the various non-state security outfits to vigorously work towards arresting suspected culprits in their domain rather than aiming for their lives.

He said: “Arresting criminals will give security operatives inkling on where to beam their searchlight, which will under cover the hideout of hoodlum.”

The chairman, however, promised to harmonize all security apparatus needed for this change to be effected within the local government, to achieve a peaceful local government at large.