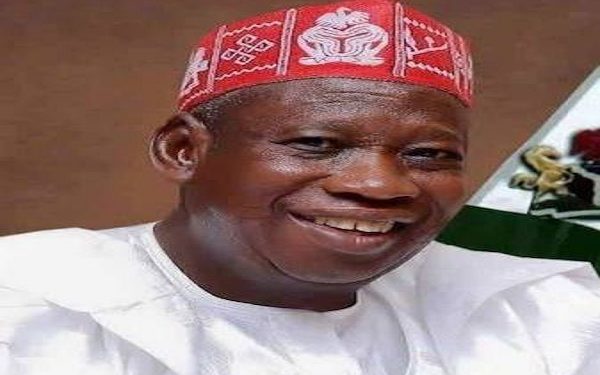 Kano State Commissioner for Information, Malam Muhammad Garba, who confirmed the attack, however said Ganduje was not in the convoy that came under attack by the bandits who blocked the Zamfara, Katsina and Kano Road, around Shema last night.

Ganduje was among the governors who stormed Gusau, the Zamfara state capital, to formally welcome Governor Bello Matawalle and other top politicians in Zamfara who have joined the ruling All Progressives Congress (APC).

The APC ‘big rally’ welcoming the decampees was held in Zamfara on Tuesday.

A source from Government House, Kano, narrated that after the occasion, the Kano governor joined his Jigawa State counterpart, Muhammadu Abubakar Badaru, back to Kano.

It was gathered Ganduje, who was not happy that his convoy drivers did not fill their tanks in preparedness for the return journey, decided to join Badaru and left ahead of his convoy.

On their way back to Kano (from Zamfara), Ganduje’s motorcade came under heavy attack by gunmen believed to bandits. Three policemen sustained varying gun injuries in the incident, it was learnt.

However, major tragedies were averted as the security operatives attached to the Kano State governor’s convoy engaged the bandits in a gun duel, repelling the attack and opening the way for other vehicles to pass.

As at press time, the injured policemen have been discharged from the hospital.