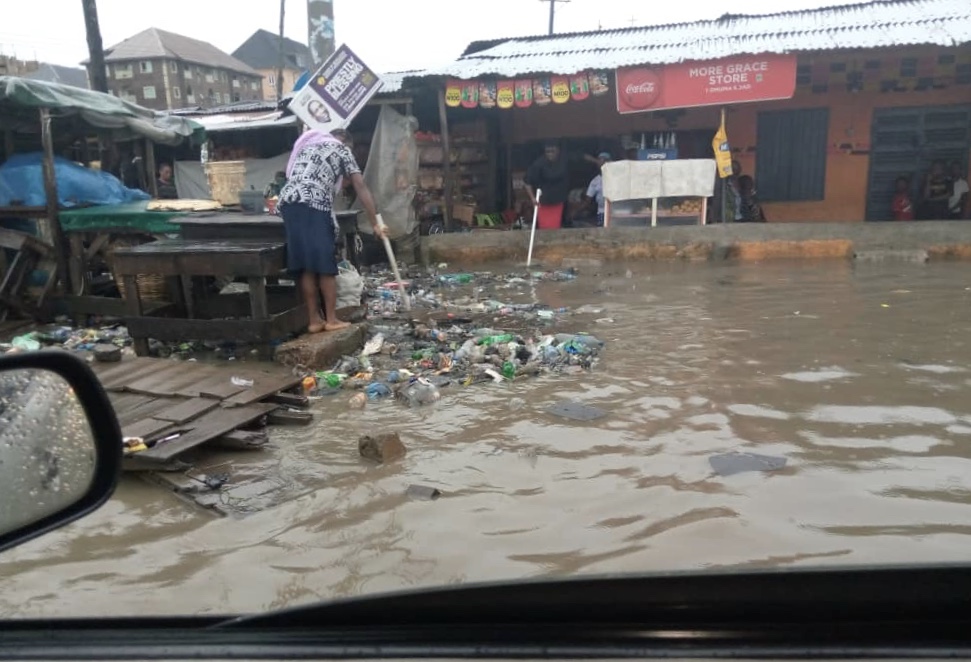 A group under the auspices of “Abia Reawakening Group” said many people have since lost faith and confidence in Ikpeazu Okezie led administration with its usual lies and deceits.

This is coming as people were disappointed that nothing has changed after five years flagging the construction of an inter change or fly over due to traffic issue at Osisioma junction Aba.

The group, in a statement obtained by Mouthpiece NGR, said the Commissioner for works Bar Bob Ogu had last two months assured that the fly over will be commissioned today, 29 May 2021.

According to the statement, the Governor after visiting his counterpart at Ebonyi State five years ago, conceived the idea of constructing an inter change or fly over due to the traffic experience at Osisioma junction Aba.

Many did not believe that this was most expedient at that time as they believe if the existing roads around Osisioma and Aba/ Owerri road axis are rehabilitated, traffic or congestion being experienced will be minimized.

They argued that from Osisoma to NNPC deport is closed to traffic due to deplorable nature of the road and suggested that the money should be channelled toward reclaiming the Osisoma to Eke Akpara road.

The Goverment believed that beyond the usefulness of the interchange, Aba needs a landmark project that will change the landscape and also announce entrance to the elephant city.

“Today, we are all disappointed that five years after the flagged off ceremony of this project the govt is still dancing around at an embarrassing pace.”

The contractor China zoungu Construction company Ltd came highly recommended by Ebonyi State  govt. We are told that same contractor has delivered 12 standard fly overs in Ebonyi State within the same period whereas they are still embarrassing the whole Abia at Osisioma junction.

The Commissioner for works Bar Bob Ogu last two months assured that the fly over will be commissioned today being 29 May 2021.

“Many of us have since lost faith and confidence in government pronouncements as we have come to the conclusion that they are made to percify us for that moment.”

“Our Governor flagged off this contract / job before River State started thinking of embarking on fly over, but today Gov Wike has delivered 9 standard fly over by Julius Berger. Where did we get it wrong as a people?”

“We have come to realise that people perceive us by what they see and hear. Today what has defined us as a State is the uncompleted fly over that has lasted for over 5 years.”

“From Lagos to Abuja any time infrastructural development is discussed among the South Eastern states, this uncompleted fly over readily comes to mind. It does not define us fine as people.”

“No wonder the federal Ministry of works was quick to sack Abia State from the Osisoma / Eke Akpara road as they believe we will be dancing on the road for years without and solid work as this has defined us a government.”

“Last year, most State in the country were reimbursed to amounts spent on reconstructing federal roads within their States. Unfortunately Abia is among the few states that were left out because of our approach towards execution of jobs( contracts).”

“The world bank ranked Abia 35th worst State out of 36 in procurement process which includes contract awards. In that report Abia State does not follow due process in procurement as parochialism and nepotism rules. We are too informal hence we fell below the standards set by world bank.”

“The refund was for federal roads done from 2010 to 2015. Abia during TA Orji was worse than what we have now though we are still yet to recover from the rot/fraud that took place that period.”

“States like Rivers State got N78B, Cross River State N18b, Enugu State 21b, Ebonyi  N12b, Abia could not provide evidence of any federal road reconstructed because of our informal ways of doing things which justified the world bank rating on procurement.”

“The Osisoma fly over project has no formal approval from federal Minstry of works from day one.”

“The design of the fly over does not align with the road level design of the contractor handling the Enugu / Ph Express for the Federal government. (Arab Contractors).”

“Beyond the inherent fraud and poor funding that has characterised the fly over project, the lack of synergy and collaboration between the State and the contractor on the federal highway has affected the delivery of this only fly over after 5 years.”

“The cost of the project is another source of concern as this is almost double what same contractor uses to deliver similar fly over at Ebonyi State.”

“As stated in the financial/annual report of Abia State government 2017,2018 and 2019 presently hoisted at the official website of the State, Abia State has paid out about ( four billion) N4b for this project yet we still have about 30% of the job undone.”

“The current state of the fly over this morning 29th May 2012 does not give hope that the commissioning will be achieved come June 12.”

“Since this week, most States from Adamawa to Ogun, Lagos have been commissioning many landmark projects even in war torn Zamafara.  But in Abia we are all inside our homes reflecting what we have done as a people to deserve all these including the issue of unknown gun men.”

“Just last night our Governor was live on Politics today programme 30/5/ 2021 by Seun Akinbaloye of Channels Television. He lied again that Ariaria flood is normal flooding that last just only 30 minutes. Unfortunately we have known this government as government of lies and deceit.”

“The current situation is that Ariari is usually flooded anytime it rains. Flood has completely taken over the whole of A line which used to be the best sought after area for exotic and foreign products in the 90s.”

“Today the entire area has been completely abandoned as flood is now perennial and unending even during dry season.”

“We thought the Governor would have used the opportunity to state the efforts of his government in managing the flood and ask for federal assistance or intervention which will help save what is left of the Ariaria market instead of that show of same last night.”

“We were shocked that our Governor a Phd holder will start listing Chicken Republic, Kilimanjaro as one of the development indicators within the 6 years of his adminstration.”

‘Our Governor was on national television last night using Mr Biggs, Kilimanjaro and Chicken republic as development that he has attracted to Abia State.”

“Let our Governor Okezie Ikpeazu be reminded  that Achike Udenwa of Imo State used the siting of MR Biggs along Okigwe road in Owerri as part of his achievement in 1999 and such cannot be used for Abia in 2021.”

“Abians have always had those who are not prepared for leadership. Gov Okezie was not prepared and had no passion for leadership untill TA Orji came calling for a character that can secure what is hidden. He was already comfortable with his waste management job.”

“This will not happen again. We must get it right 2023 or Abia will be completely lost.”

“We use this medium to call on all Abians home and abroad to ask questions and demand for good governance. Abia can be great again”, the statement read.