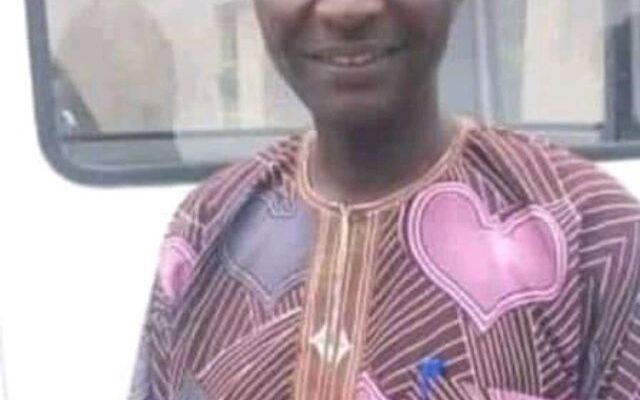 Tragedy struck yesterday when a lecturer with the Ekiti State University (EKSU), Mr Olufemi Owoola from French Department died in his home, Mouthpiece NGR has learnt.

Mr Owoola, as popularly called by the students was mistakenly disengaged from his duty post as a lecturer at December 2019 when the school disengaged over 900 staffs from their duty posts.

The mistake was because Mr Owoola shared the same name with another lecturer in the department of Theatre and Media Art who had travelled out of the country before the disengagement.

Mr Owoola was later reinstated as a lecturer and examination coordinator in 2019 but ever since his reinstatement, he had been refused his salary. He tried as much as possible to get paid but all to no avail.

Being a family man and as the breadwinner of his family, (receiving no salary) he had nothing to put on his table.

This led him to sort for other possible means of feeding his family, including getting loans, hoping that his salaries would be paid but right from 2019-2021, his salaries weren’t paid.

The weight of his responsibility as a family man, the agony of not getting paid even while working and the daily reminder of the unpaid loans he has acquired were constant reminder up until his death.

Source revealed he had been thinking a lot which led to an obvious depression, finally his death.

A close student who was more like a son to Mr Owoola has this to say. “Mr Owoola was the best and most hardworking lecturer in Faculty of Art.

I can proudly say it anywhere. He is kind, social, friendly and treats everyone with respect and love. His death is very painful and a great loss to us all.

I spoke with him last week and from our conversation, I could sense that he has already given up. Up until his death, he never received his salaries since 2019.

How do you expect a family man like him to survive without getting paid for 2years? One thing is certain, Oga died because he wasn’t paid.”

Although Mr Owoola wasn’t getting any salary, he still kept on lecturing until yesterday. He was also in school on Tuesday to upload students result. Many students from the department of French testified that he was seen in school yesterday before his death in the evening.

The students community are pleading and demanding that the school should take care of Mr Owoola’s family and released his withheld salaries for the family he left behind.