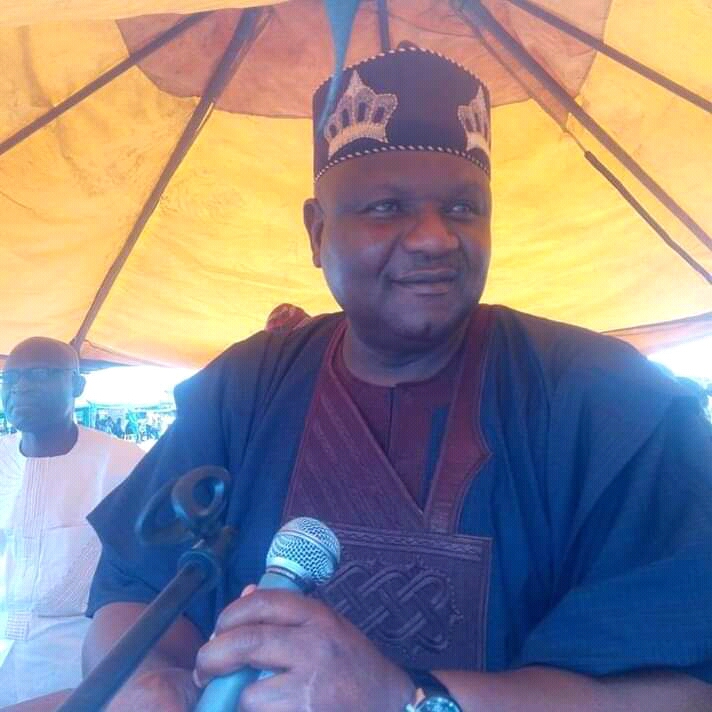 The ancient city of Igbajo, in Boluwaduro local government area of Osun state is setting for unprecedented implosion over the ongoing  deadly  plots by Prince Gboyega Famodun to, at all costs and without recourse to the tradition and culture of the town impose himself as the next Owa of Igbajo.

This time around oppositions against Famoduns family in Igbajo are legions and still mounting, and they are also set to frustrate the Obaship ambition of the APC chairman at all costs.

Recall that the exalted stool of Owa of Igbajo became vacant On 23rd December, 2020, when Oba Olufemi Fashade joined his ancestors.

Investigations revealed that Prince Gboyega Famodun, currently the chairman of the ruling All Progressives Congress (APC)in Osun state who has been boasting around to be the next Owa of Igbajo has been using the state resources to bastardize the process and be forcefully crowned as the next monarch.

Already, unknown to culture and tradition of Igbajo, facts have emerged that the Osun APC chairman’s desperation now knows no bound as he had intimidated the Igbajo custodian of palace traditional materials like Crowns, staff of office and other valuables and they have wrongly surrendered them to him.

Whereas it is a taboo for any other person to keep the palace traditional materials than the head of Omo Owas.

Credible informations in Igbajo also revealed that Prince Gboyega Famodun’s lineage had successfully flouted the rotational arrangement in the last two occasions to deny the other ruling houses in Owa oke-ode to produce the king.

According to another impeccable source from Igbajo,”The process has begun, Prince Gboyega Famodun who is a direct biological son of the late Oba Isaac Adelani Famodun II that reigned last from Owa oke-ode side came through back door to also join the race.

“And this is not morally right and not acceptable by the sons and daughters of Igbajo. This time around, we are battle ready for them and we will stop Gboyega Famodun at all cost.

“Unlike in those days,our eyes are now wide opened, no amount of ill-gotten wealth that collectively belong to all of us would be allowed to be used against us. We won’t allow the Imposition this time, and we are calling on the stakeholders in the matter, the state government and revered traditional institutions in our dear state, to wade in before its too late.”

” He was able to do this because he is a politician, the current caretaker chairman of All Progressive Congress (APC) in Osun State. Can you imagine? As we speak, the palace traditional materials like Crowns, staff of office and other valuables are wrongly in his custody just to actualise his devlish ambition.

“He influenced these traditional materials with money to bastardize the tradition and the process.

“It is a taboo for any other person to keep the palace traditional materials than the head of Omo Owas.

“He is presently boasting around to be next Owa of Igbajo by virtue of his position in the present government. He has bought over some decision makers including the King makers to influence the process. Igbajo is known to be a peaceful and loving community before now. It is important that all stakeholders should not compromise and allow the right ruling house and person to become the next OWA OF IGBAJO.

“He is also using delay tactics to slow down the process to allow him complete his tenure as the chairman of APC caretaker committee.

Sadly enough, the source has it that the Governor of the State of Osun, Alhaji Gboyega Oyetola is rallying support for him, this to many is an invitation to anarchy, murder of justice and setting unprecedented danger.

“Igbajo is known to be a cultured and highly responsible community by the outside world, on this premise, process of producing the next king should be free, fair and credible for the peace and prosperity of the community.

Whereas according to Igbajo chieftaincy declaration of 1957 and 2005 there are two sides of the ruling house namely Owa lloro and Owa Oke-ode.

“According to this declaration, we have 7 ruling houses attached to Owa oke-ode in which the Gbeleru ruling family has produced 2 kings. That is Famodun l and Famodun ll.

” HRM Oba Olufemi Fashade that just joined his ancestors came from Owa Iloro of Odofin Iloro family to be specific.”said a source.

Another credible source in Igbajo who craved anonymity said,,”ln1822 when it was the turn of Owa oke-ode, Famodun 1 was made a king from Gbeleru family

“In 1957 when it was the turn of Owa oke-ode, Oba Isaac Adelani Famodun II was made a king from the same Gbeleru ruling house who happened to be biological father to Prince Gboyega Famodun.

“On 23rd December, 2020, Oba Olufemi Fashade joined his ancestors and now the turn of Owa Oke-ode ruling house to produce the next Oba and again Famodun is plotting to hijack it. “Enough is enough. “

One thought on “Drama as Osun APC chairman, Famodun plots to install self as Owa of Igbajo”